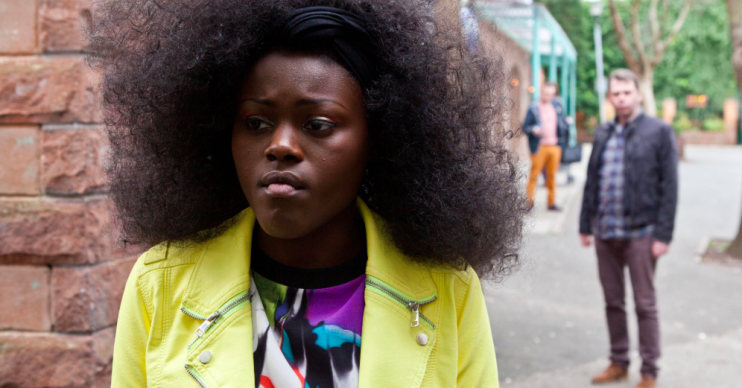 Convinced she will make a comeback after leaving in 2014

Hollyoaks fans are convinced Blessing will return to the village as Mitchell’s secret twin.

Blessing was last seen in the village in 2014 when she left with Dennis for a new life in Blackpool in the hopes of completing the surgical part of her gender reassignment.

But now with the reveal that Mitchell’s twin has already been seen in the village, fans think it’s time for Blessing to make a comeback and join what could be her family.

“Maybe it could be Blessing,” said one on Digital Spy Forums.

Another added: “She had a nice little romance with Dennis (Liberty and Sienna’s cousin), and they got a rare Happily Ever After departure.

“She was a really decent character, actually, and played by a pretty good actress. It would be really interesting if she turned out to be Mitchell’s twin.”

“Blessing or Sonia would be amazing!” added a third.

A fourth wrote: “If it is Blessing I can see Walter refusing her help with his illness. We have seen how he has reacted to Scott’s drag act so I could see him rejecting Blessing.”

Mitchell’s secret twin was revealed earlier this year when Martine clutched a photo of her two babies.

Speaking to The Sun Online at the Inside Soap Awards, Imran Adams said: “You might have seen them already.

“What I can say is the Devereaux family are going to be expanded massively.”

Who do you think Mitchell’s twin is? Leave us a comment on our Facebook page @EntertainmentDailyFix and let us know what you think!