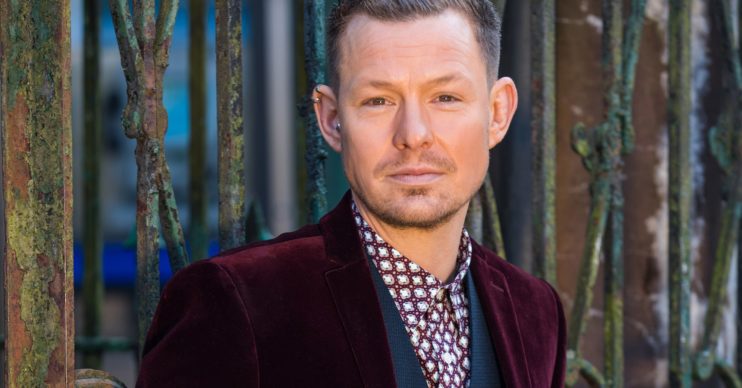 He has been battling depression

Hollyoaks is set to air a tragic ending for Kyle Kelly after he takes his own life.

Both Kyle and Darren Osbourne have been battling depression. But while Darren is seeking help, Kyle will lose his battle with the illness.

Kyle, played by Adam Rickitt, will sadly take his own life in the lead up to his wedding to Nancy.

However, Hollyoaks will not play out Kyle’s death on screen.

The show will explore the aftermath of the loss. Kyle’s friends and family will fight to understand what has happened.

I hope viewers will find strength in its telling.

Speaking about Kyle’s heartbreaking exit, Adam explained he was ‘proud’ to be trusted.

“When I first heard about the storyline, I was excited as an actor to be able to portray such a dramatic journey, and proud that the team had entrusted me to do it.

“There was also a sense of personal fear. Like all too many I had to walk a similar path in my lifetime. The idea of revisiting that, even in the world of fiction, was slightly daunting.

“In truth though, it became an incredibly empowering experience. The sensitivity and heart that the writers put into the story really shone through.

“At a time like now, more than ever, I think we need to be highlighting just this sort of issue.”

He added: “As sad as I am to say goodbye to Kyle, I have loved being a part of Hollyoaks.

“It’s been a fantastic show to work on. To be able to leave telling a story that is so important and so challenging is more than I could ever have asked for. Like me, I hope viewers will find strength in its telling.”

The plot was forumlated and filmed before the coronavirus pandemic hit. However, it is particularly important to tell this story during such troubled times.

The outbreak has reportedly increased anxiety and depression in the UK. The Samaritans report that men are less likely to seek professional help for mental health. They are also three times more likely to take their own lives.

Bryan Kirkwood on why they are running this storyline

Executive producer Bryan Kirkwood, said: “Hollyoaks’ writing team have been laying the building blocks of Darren and Kyle’s individual stories for some time, carefully exploring the nuances that comes from two men living with depression in two very different ways.

“There is no face to male suicide and we wanted to highlight the ways in which depression can manifest itself with two of our much-loved characters.

“By telling this storyline Hollyoaks would like to highlight the importance of creating an environment to listen, giving those who need it the time to talk.”

Suicide prevention campaigner Angela Samata commented: “Hollyoaks places real-life lived experience at the heart of their storylines ensuring that actors and scriptwriters give an accurate and sensitive depiction of a very real issue.

“By telling Kyle and Darren’s story I feel that Hollyoaks is playing an essential role in raising awareness, challenging the stigma around suicide and encouraging a demographic at risk to reach out for help and support.”

Head of media and PR at Mind, Aimee Gee said they had worked with the show to make sure the storyline was handled “sensitively” and “accurately.

“Through our media advisory service, we worked closely with the Hollyoaks team to ensure the depictions of male depression and suicide were handled sensitively and portrayed accurately,” she said.

“Our team delivered workshops to the leading actors, provided feedback on scripts and met with producers to help build a great understanding.

“We hope that these storylines will help raise awareness of depression and the different ways it can affect people, and that anyone watching who is experiencing a mental health problem feels encouraged to seek support.”

Read more: Next week’s special Emmerdale lockdown episodes: all you need to know

There is help if you need it

The cast and producers also worked with James’ Place, which is a centre for emergency male mental health based in Liverpool.

Before the pandemic, they had planned to film a help and support video at the centre, which has been postponed.

Jane Boland, the centre manager, said they were “so pleased” to have consulted with Hollyoaks.

“At James’ Place we know that men facing a suicidal crisis can get out of it, with the right help.”

She added: “We believe that no one should face a suicidal crisis alone. If you are feeling hopeless, reach out, help is available.”