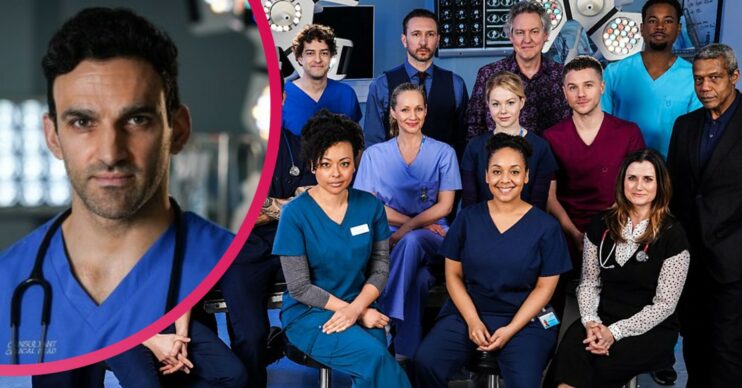 Holby City being cancelled is one of the biggest mistakes the BBC has made.

It has been a mainstay on British screens for 23 years but it will come to an end next March.

The BBC announced Holby’s demise with a statement reading: “We are incredibly proud of Holby City but it’s with great sadness that we are announcing that after 23 years, the show will end on screen in March of next year.

“We sometimes have to make difficult decisions to make room for new opportunities and as part of the BBC’s commitment to make more programmes across the UK, we have taken the difficult decision to bring the show to a close in order to reshape the BBC’s drama slate to better reflect, represent and serve all parts of the country.”

With millions still tuning in each week, it is a mistake to axe Holby City and here are five reasons why.

Rarely does a show pull off such an emotional, spectacular 40 minute-long episode of television – but it’s even rarer to do it under strict pandemic filming rules.

It showed, through drama, the reality of what working in an NHS hospital was like at the height of the pandemic.

The episode even drew viewers in closer by featuring the real-life moment the PM announced lockdown – something dramas don’t often get to do.

It was ground-breaking television and without Holby we wouldn’t have had it.

Millions of loyal viewers have tuned in each and every week to watch Holby City.

Tuesday nights are event television for the people who love the show. And continue to watch to this day.

They were devastated by the decision to axe it.

Tens of thousands of fans have signed a petition to reverse the BBC’s decision.

And a campaign to save it is picking up steam and shows no sign of slowing down.

They deserve to have their show remain on the air.

When the comprehensive school drama was cancelled six years ago, fans were bereft.

Fast forward from then and suddenly the show is being brought back – in place of Holby City.

If the BBC should learn anything – it’s that cancelling a beloved drama is a mistake.

They shouldn’t wait six years to bring Holby back – they should reverse their decision now before it’s too late.

The diversity of the Holby City cast

Holby has one of the most naturally diverse casts on television today.

No matter who you are, you will be able to see someone like you represented on screen thanks to the amazing work of the casting department.

And the stories are equally as diverse because of it.

It’s a rare thing to have a show that can do justice to FGM and same-sex domestic violence all the while having a serial killer wandering the wards.

But Holby manages it and that’s no small feat.

Lorraine might have a vested interest in keeping Holby going, as nary a week goes by without someone from the medical show appearing on her chairs.

So it came as no surprise when David Ames tweeted his shock, that Lorraine replied with her own.

She tweeted: “Very sad news David – and makes no sense at all.”

How do you feel about Holby City being cancelled? Leave us a comment on our Facebook page @EntertainmentDailyFix and let us know what you think!