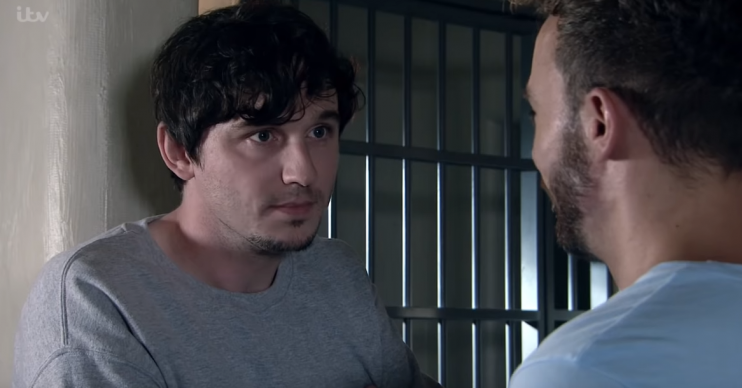 The actor is no stranger to darker roles as he previously starred alongside Jack O’Connell in Skins rise as gangster Louie.

He also appeared in Scott and Bailey as Dominic Bailey, brother of Suranne Jones character, as well as having made appearances in Casualty, Doctors and The Bill.

In Corrie, David recently became friendly with Abe when he distracted a guard in order to stop his discovering Abe’s mobile phone.

Next week Abe makes another appearance.

As a riot breaks out in the prison, David retreats to his cell, determined to keep out of trouble so he can get home to his family as soon as possible.

But Abe, who knows Josh attacked David in the past, brings a terrified Josh to David and hands the hairdresser some scissors.

Abe encourages David to get revenge on Josh by finishing him off for good.

David asks to be alone with Josh so he can deal with him in his own way. But will he stab the rapist?

David’s family are horrified when David calls and tells them that Josh has been attacked.

Although he is adamant that he’s not to blame, Shona, Max and Sarah can’t help but doubt him.

Things don’t look good for David when a video starts doing the rounds that incriminates him in Josh’s attack.

David realises he needs a lawyer immediately and soon Imran is visiting him in prison to represent him.