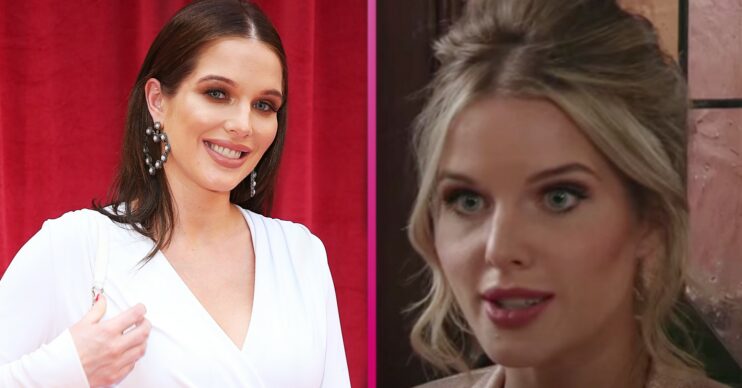 Helen Flanagan may reportedly quit Coronation Street after playing Rosie Webster on and off for 18 years.

Helen, who is a mum of three, joined the cast of Corrie in 2000 playing Kevin and Sally Webster’s daughter Rosie.

Helen has previously explained she would like to return to the show one day, however it’s been reported that she will not be returning.

A source told The Sun: “It’s up in the air as to whether she will ever return. She has other career dreams she’d like to work on before making up her mind.

“She wants to focus on her three children and has other career dreams, including acting roles, she would like to work on before making up her mind whether to reprise her role as Rosie.

“In the short term the break would be around two or three more years but there’s no saying she will come back even after that.

“Helen loves Coronation Street and the family but it takes up a huge amount of her time and it’s become unfeasible. ITV has left the door open for her should she ever wish to come back.”

In 2017, Rosie returned from America and it turned out her ex-boyfriend Antoine planted drugs on her.

The drugs were later disposed of, however in 2018 Antoine sent another model, Olivia, to Weatherfield.

When Rosie found out, she decided to intervene with Gemma Winter and Craig Tinker and got revenge on Antoine.

The three then went on to appear on This Morning. She was later offered a role hosting a TV show in Japan.

She left the cobbles in June 2018 and hasn’t returned since.