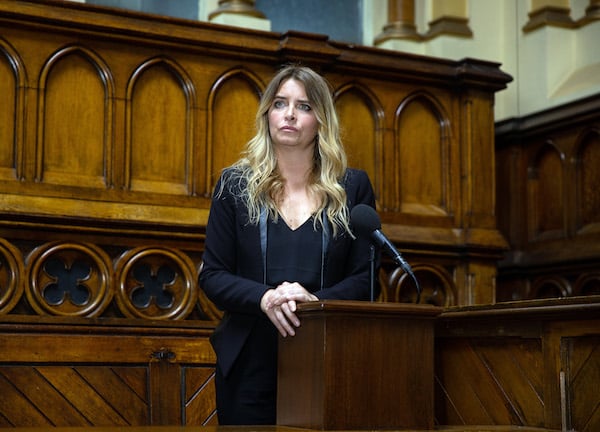 Heartbreaking twist ahead for Charity in Emmerdale?

Brave Charity Dingle takes the stand in Emmerdale next week as she prepares to give evidence at the trial of her rapist DI Bails.

Fans of the ITV soap know that the sick former police officer groomed Charity when she was a teenage prostitute before locking her in his flat, raping her and selling her to his friends.

She’s been dreading the moment of having to stand up in court and relive her nightmare but she’s determined to make Bails pay for what he put her through.

Charity is pleased when her sons Ryan and Noah turn up at court to support her.

But she’s left feeling deflated when the defence team question her, trying to to trip her up and when Bails takes to the stand and says that he had genuine feelings for Charity she heads home feeling certain he will walk free.

She’s even more horrified when Bails’ wife Chloe takes to the stand and lies to back-up her husband’s story.

Poor Charity is left feeling totally broken and a preview clip from next week has shown her refuse to even go to court for the verdict.

Faith, Vanessa and Chas all arrive to support her, but Charity tells them she can’t go.

Vanessa tries to convince her that she won’t want to miss the moment Bails is sent down, but Charity tells her that she doesn’t want to see his smug face when he gets off.

“You’re through the worst part now,” Faith tries to convince her but Charity replies: “Bails getting off would be the worst part.”

As Vanessa tries to keep Charity’s spirits up, the landlady confesses: “I can’t help thinking what if the jury didn’t believe me.”

She’s super paranoid that Bails has managed to charm the jury and with his wife backing him up she’s convinced she’ll have gone through the ordeal of court for nothing.

Is she right? Could Bails really walk free? See the verdict on Wednesday 12 September on ITV.

Will Bails walk free? Leave us a comment on our Facebook page @EntertainmentDailyFix and let us know what you think!