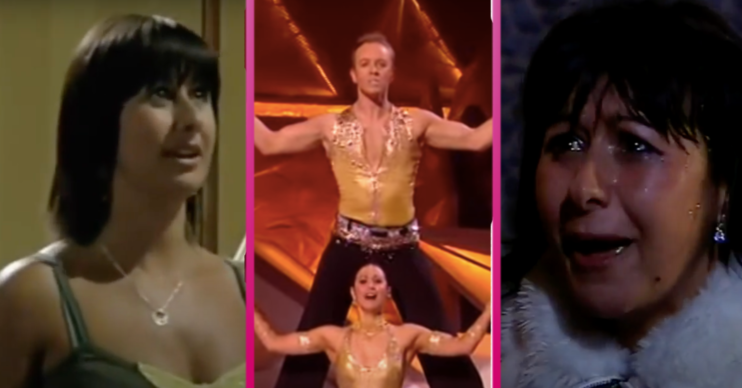 Hayley Tamaddon in Emmerdale: What happened to Delilah Dingle?

She's been busy since leaving the Dales!

Actress Hayley Tamaddon first appeared in Emmerdale as Delilah Dingle in 2005. She arrived in the village with a bang and though she was only in the show for a short time, she really made her mark.

Since then Delilah actress Hayley Tamaddon has gone on to star in theatre and television shows, along with Coronation Street. She also took part in Dancing on Ice.

Who did Hayley Tamaddon play in Emmerdale?

Hayley was in Emmerdale for two years, with her alter ego Delilah getting into all sorts of trouble.

Del arrived in the village in a wedding dress, driving a sports car, having run out on her wedding. She had romances with Carl King, and Paddy Kirk, before getting close to David Metcalfe.

Del and David hatched a plan to steal £20,000 from David’s dad, Eric Pollard, who’d abandoned him as a child. But Del found out that David had slept with Katie Sugden and changed her mind.

Instead, Del fleeced David. She convinced him to put the money in her account and then scarpered.

In 2011, Hayley said she hoped Delilah would return to the Dales one day. Possibly with David’s child. Let’s face it, David’s no secret to unexpected family members turning up in his life, so anything’s possible.

After leaving the soap, actress Hayley Tamaddon went on to star in stage shows including Grease, Mamma Mia, Boogie Nights and Fame, as well as The Rocky Horror Show.

She also had roles in The Royal, Where the Heart is, and Shameless, and the school-based drama Waterloo Road.

Was Hayley Tamaddon in Dancing on Ice?

She was indeed! Hayley took part in the fifth series of Dancing on Ice, in 2010, where she was partnered with her childhood friend, professional ice skater Daniel Whiston.

Hayley excelled on the ice and reached the final. She competed against Kieron Richardson and Gary Lucy from Hollyoaks and won the trophy with 80% of the public vote.

Hayley went on tour with Torvill and Dean after her Dancing on Ice win.

Hayley is engaged to estate agent Adrian and the pair have a toddler son called Jasper. They live in Manchester.

How old is Hayley Tamaddon?

Hayley is a very youthful-looking 44 years old. The performer was born January 24, 1977.

This makes her an Aquarian – if you have any interest in star signs!