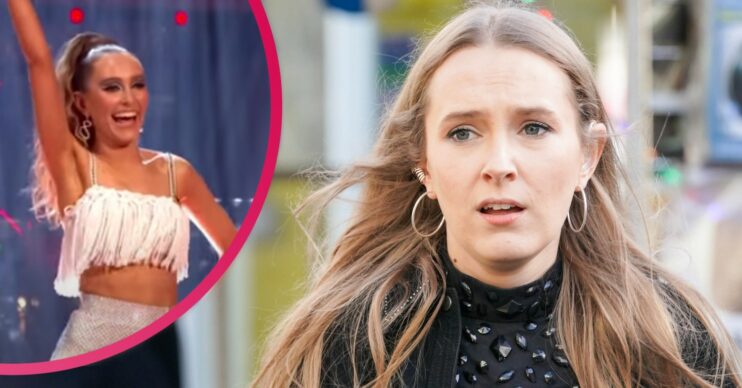 Has Rose Ayling-Ellis left EastEnders for good? The truth behind her exit

Rose Ayling-Ellis plays Frankie Lewis in EastEnders, however her character recently left Walford. Has she left the show for good?

In Tuesday’s episode (November 9) Frankie made the decision to leave Albert Square to go and stay with a friend.

After saying goodbye to her dad Mick, she got in a cab.

Currently Rose is competing on Strictly Come Dancing. She is partnered with professional dancer Giovanni Pernice.

Rose has only temporarily left EastEnders so she can focus on her Strictly commitments.

She will return to the soap in the future.

Back in September she told Metro.co.uk that EastEnders had given her the time off to focus on the BBC dance competition.

She said: “Normally EastEnders make you work at the same time as doing Strictly, but EastEnders gave me time off, so I can just focus on Strictly completely.”

Why did Frankie leave Walford?

Over the last few months Frankie and her half-sister Nancy have been feuding.

Nancy discovered that Frankie was the one who ran her over and when their dad, Mick, found out he protected Frankie.

Earlier this week, the two got into an argument outside the pub which ended with Nancy pushing Frankie into boot of her new car.

Frankie was unable to get out and the car was stolen by Liam Butcher.

Liam didn’t hear Frankie in the back and when Janine found out what Nancy had done and that Liam took Frankie’s car, she pieced things together.

After a chat with Mick, Nancy apologised to her sister and Frankie also apologised for running Nancy over.

Frankie then explained she wanted to go away for a while to stay with a friend. Although Nancy tried to convince her to stay, Frankie said she needed to go for a while.

Mick came and said goodbye to his daughter.