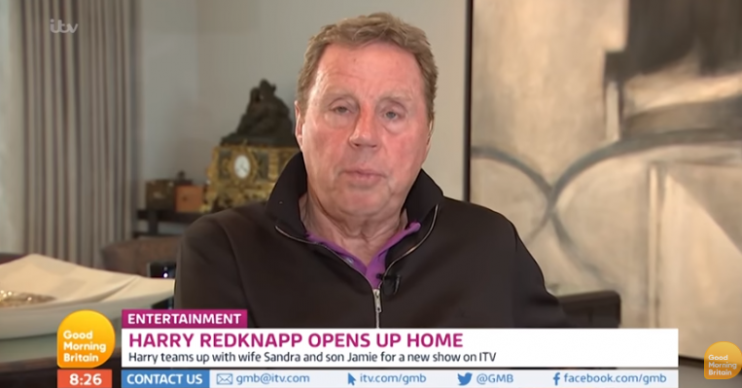 He'd be the 'nice' guy of Walford

Harry Redknapp, who won I’m A Celebrity… Get Me Out Of Here! in 2018, wants to join BBC soap EastEnders.

The 72-year-old football manager – who was born in Poplar, east London – would love to go back to his roots by starring in the BBC One soap, which turns 35 today.

Speaking on Good Morning Britain, he said: “I think EastEnders is the one for me.

And he has already decided on a role for himself – as the new Queen Vic landlord.

He explained: “I’d be a nice guy. They could be at the bar having a drink and say, ‘Redknapp’s come back to his roots, back to the East End of London. He’s had enough of that Sandbanks.’ ”

The former West Ham United manager even gave viewers a taste of his character.

Doing an impression of his EastEnders alter ego, Harry said: “Alright lads, finish drinking, drink up quickly, we’re closing. The police are outside, the licence is 11 o’clock finish. Everybody out.”

The Vic’s current landlords, Mick and Linda Carter, are at rock bottom, with Mick even considering selling the boozer due to Linda’s growing alcohol addiction.

I think EastEnders is the one for me.

If the pub does go on the market, maybe Harry could be the one they sell their beloved pub too?!

We can hear his phone ringing from the Walford bosses already!

Harry’s acting ambitions come after it was recently confirmed that his show Harry’s Heroes: The Full English show will return.

The star will manage a team of former England internationals in a rematch against Germany in time for Euro 2020.

There will be clashes against teams in France and Italy before a second leg against their old rivals.

He recently said: “We have just come back from a week in Germany and we had a great time. Great players, Matt Le Tissier, all the boys who played for England.”

Harry’s Heroes: The Full English was a hit with viewers earlier this year as five million tuned in to watch a team of English football veterans train for the big match against Germany in the two-part series.