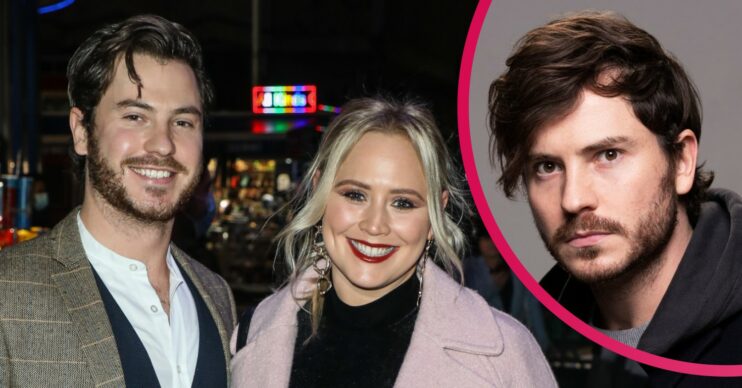 The actor has now left EastEnders after three years

Serial killer Gray was finally caught by police after a three year reign of terror in Walford.

And now it has been claimed he could join his girlfriend Amy Walsh at work on Emmerdale.

How much could he make from a move from EastEnders to Emmerdale?

The Daily Star reports that such a move could see him earn up to £10,000-a-week.

Which means if he appeared five times per week for a year he’d rake in more than £500,000.

Jo Threlfall, Head of Digital PR at Embryo told the Daily Star: “Toby-Alexander Smith’s career has grown massively since his debut on EastEnders. And since his dramatic departure from the soap, it has opened a window for the actor to be able to explore other options in his acting career.

“Rumours have revealed that the soap star could appear alongside his partner Amy if so, he could potentially earn over £500,000 a year!”

She added: “On the other hand, if he looking to explore influencing or reality TV shows like I’m A Celeb, he could earn over £1,000 per social post or up to £100k for his jungle appearance.”

Celebrities can get up to £500,000 for an appearance on ITV reality show I’m A Celebrity.

What are Toby’s plans post-EastEnders?

Earlier this week Toby revealed he is planning to be a full-time dad now he’s left the soap.

Read more: EastEnders: Gray arrested, but has he left for good?

Speaking of his plans, he told The Sun: “Changing nappies, breast pumps and not getting any sleep probably.

“It’s all good. I’m very happy using this time now just to be present with Amy and Bonnie and I’m just loving every second of it.

“Who knows what’s around the corner but for right now I’m very happy to just be a full-time dad.”