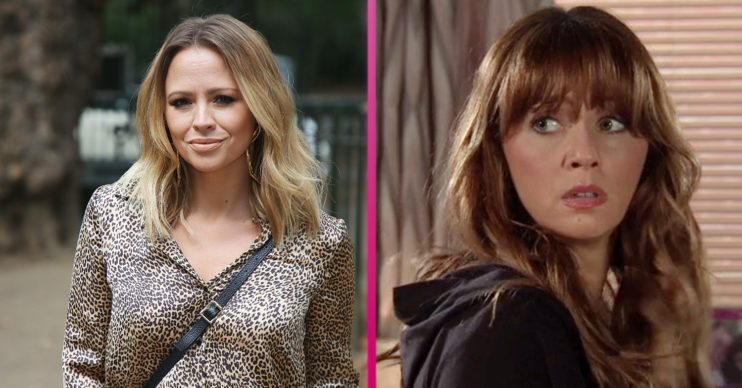 Kimberley lost out on the role to Samia Longchambon

The 38-year-old pop star has had multiple hits with girl group Girls Aloud. But she could’ve become a soap star after she auditioned for the role on the ITV soap 20 years ago.

Appearing on The One Show yesterday (Tuesday, August 4), she explained: “I got down to the last two or three for Maria in Coronation Street, so yeah, things could have been very different.”

Kimberley missed out on the cobbles part as actress Samia Longchambon landed the role. Samia still plays the hairdresser to this day and is currently in the middle of a major storyline.

Instead, Kimberley auditioned for the reality series Popstars: The Rivals in 2002 and won a place in Girls Aloud with Cheryl Tweedy, Sarah Harding, Nadine Coyle, and Nicola Roberts.

Together, the group landed four number one hits and two number one albums, as well as gaining five BRIT nominations before splitting in 2012.

What’s more, Kimberley’s sister Amy Walsh currently appears in Emmerdale as Tracy Metcalfe, who she has played since 2014.

This week, Tracy is in for a shock when she discovers she is pregnant with her new boyfriend, Nate Robinson.

Kimberley and Amy’s sibling Sally Walsh played Dales character Lyn Hutchinson from 1997 until 2000. Lyn dated Marlon Dingle, only to break up with him on his 25th birthday.

Kimberley has gone on to star in a number of West End shows, making her theatre debut as Princess Fiona in Shrek the Musical in 2012.

She also appeared in the Disney Channel musical series The Lodge in 2017 and Channel 4’s Ackley Bridge in 2018.