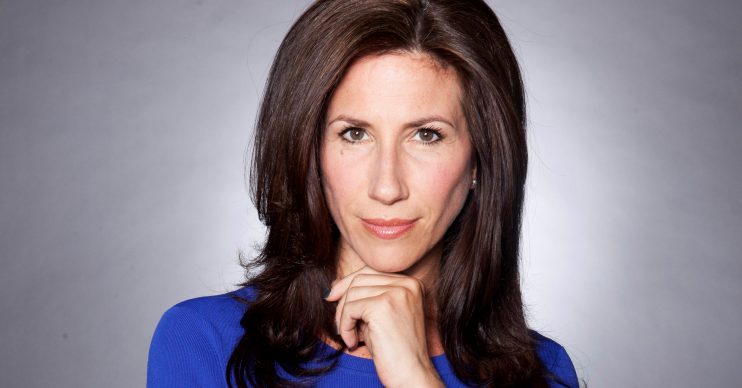 The actress is starring in her mum's hit play

Gaynor Faye has revealed she quit Emmerdale for her mum.

The actress’ mum is screenwriter and director Kay Mellor and Gaynor has said how she was desperate to see her daughter star in the stage version of her drama Band of Gold.

Actress Gaynor played Megan Macey in Emmerdale for seven years before her mum asked her to be in the play – and she jumped at the chance.

She told So Glos: “I was working on Emmerdale at the time and got involved in workshopping Band of Gold and people just loved it… absolutely loved it.

“Then I got asked if I would be in it, but I was still in Emmerdale, so then I had to make the choice whether or not I was going to leave Emmerdale or not – and that was a big choice to make.”

The actress admitted it was a difficult decision to make – but said it would have been even more difficult to not star in her mum’s play.

“It would’ve been great for me to able to go back to Emmerdale, but I had to leave to do the theatre job, so it was a very big decision.”

The actress previously admitted she was tempted to return to the show as the door was left open.

She told Graham Norton’s Radio 2 show: “I left in a taxi, so who knows?

“I didn’t leave, I still see loads of people and Emmerdale’s around the corner, but I’m absolutely loving doing this show.”

She also said it was a risk to leave the soap after seven years receiving a regular pay cheque, adding: “It’s a risk.

“I need to push myself out of my comfort zone.

“I’ve always been the type of person who doesn’t want to stay playing the same character for too long.”

Do you miss Megan in Emmerdale? Leave us a comment on our Facebook page @EntertainmentDailyFix and let us know what you think!