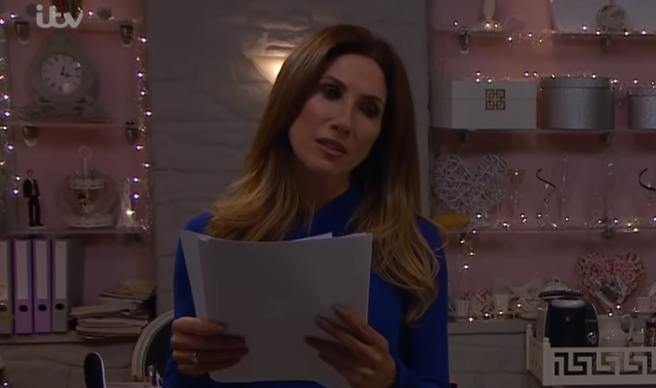 The actress plays Megan Macey in the soap

Gaynor Faye has landed a new job after quitting Emmerdale – from her famous mum.

The actress will bow out of her role as Megan Macey in the ITV soap amid rumours the businesswoman will die later this summer in a huge stunt.

But now she has announced she will be taking to the stage after her television exit – in one of her mother’s dramas.

The actress tweeted: “It’s finally out there & I’m beyond thrilled to tell you that I’m going to be appearing in the World Premiere of @BandOfGoldPlay.

@I missed out on a part in the TV show so wasn’t going to miss this one…can’t wait for you all to see it. Opens @GrandTheatreLS1 this Winter!”

It has reminded fans how Gaynor’s character Megan will soon be leaving the village and they have begun speculating that she will be the big death teased by soap bosses.

In a Digital Spy forum called ‘Emmerdale Summer Spoilers including death. Let the speculation begin’ a user wrote: “My money is on it being Megan that dies.”

Another pointed out that in one of the Emmerdale previews Amy says she “can’t live with what we did”.

Commenting under that, one user put: “I think she means she got Nate to sleep with Moira so that she can blackmail her into taking Kyle to Ireland.”

Another user wrote: “I think Robert will kill Lee, Megan to be killed off.”