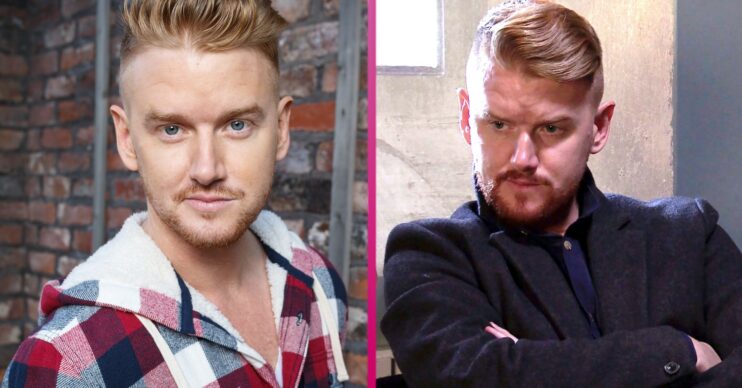 Gary Windass in Coronation Street: What is his criminal past and has he killed before?

Is his using his connections from his criminal past to take revenge on Corey and his dad?

Gary Windass in Coronation Street is no stranger to crime – or prison – and he’s definitely no stranger to taking the law into his own hands when he thinks it’s necessary.

And now he’s got caught up in Abi’s determination to get Corey Brent to pay for killing her son Seb Franklin.

With Gary having killed once before, could he be about to take revenge in the most brutal way? And is this his final redemption?

Gary Windass arrived in the Street with a bang, stirring up trouble between David Platt and his girlfriend Tina McIntyre, seducing Rosie Webster, and generally making sure everyone knew he wasn’t someone to mess with.

It was clear that Gary was trouble as he dabbled in burglary – as well as being handy with his fists.

He joined the army in an attempt to turn his life around, but suffered PTSD after being sent to Afghanistan, and he was soon back on the Street and causing more problems.

Read more: Kevin Webster and Abi Franklin in Coronation Street: Who are their past lovers?

In true Corrie style, Gary often tries to do the right thing – in totally the wrong way! He was devoted to girlfriend Izzy Armstrong, but became obsessed with protecting her, and even kept her locked in their flat for a while.

When Izzy and Gary had a baby with a surrogate – Tina McIntyre – Gary developed feelings for her. With he and Izzy fighting, Tina almost refused to give up the baby. But the couple reconciled and kept their baby Jake

When Pat Phelan arrived on the Street, he immediately got on Gary’s bad side by trying to seduce his mum, Anna.

There was a violent confrontation, and Gary whacked Phelan with a plank of wood. He thought he’d killed him but Phelan recovered. He used the incident to blackmail Gary, and Izzy’s dad, Owen, into working for them for reduced wages.

And then he forced Anna to sleep with him to pay off her son’s debts. What a nasty piece of work!

Gary went abroad for a while, to escape Phelan’s vendetta, and when he returned Phelan had moved on. But not for long – he was soon back in Weatherfield and continued to target the residents of Coronation Street.

He fleeced Gary’s girlfriend Sarah Platt out of money – along with many others – and got Anna Windass sent down for pushing Seb Franklin off a ladder, even though she was innocent.

With Anna in prison, Gary began a campaign to prove Phelan was dodgy. He was convinced – rightly – that he’d murdered Luke Britton and wanted to find evidence.

He and Seb went on a mission to find the gun they believed Phelan used to kill Luke – and instead found two bodies. Phelan had killed more people – his business partner Vinny Ashford and Luke’s flatmate Andy Carver – than they’d thought!

But that wasn’t the end of it. Determined to get justice, Gary enlisted the help of an old army mate to confront Phelan. They locked him up in the builder’s yard, but after a violent struggle, Phelan escaped and locked Gary up instead.

Phelan was eventually finished off by Gary’s mum, Anna, who stabbed him when he attacked her!

Despite being a bit of a hero for taking on cobbles killer Phelan, Gary showed his dark side when he sabotaged the factory roof. At the time he thought he was doing the right thing – same old story!

He was in dire financial straits and desperate for work. The roof needed repairs but Carla was dragging her heels, so Gary damaged it a bit more in order to force Carla to give him the job.

But before the repairs could happen, Rana Habeeb was killed when the roof collapsed. Carla suffered a breakdown with the guilt and Gary’s life fell apart.

Rick forced Gary to work for him, but when he tried to kill Gary, he fought back and Rick was the one who ended up dead.

Gary buried his body in the woods, but is still guilty about the death and has been secretly helping Rick’s daughter Kelly – even giving money anonymously to pay Imran’s bill when she was on trial for Seb’s murder.

Gary was also responsible for the gun siege that left Robert Preston dead and Shona Platt seriously injured. He blackmailed Derek Mulligan into posing as the owner of the factory – when really it was Gary who owned the building. But when the pretence got too much for unstable Derek he tried to back out and Gary held him captive.

Derek went on a rampage with a gun, trying to find Gary, and accidentally shot both Robert and Shona.

Since then, Gary’s been to prison – again – and turned over a bit of a new leaf, promising wife Maria that his criminal days are behind him.

When desperate Abi went to Gary for help tracking down Corey, she wasn’t sure he would help.

Abi wanted to stop Corey going abroad to escape facing justice for killing her son Seb. She begged Gary to use his criminal connections to track down the footballer and his dad Stefan, and stop them.

Gary agreed but he couldn’t find any news of the outlaws.

When Abi mentioned Stefan’s friend Christian, though, Gary spotted a way to help. With Abi filling him in on everything she knew about Stefan’s mate, viewers saw him put a metal crowbar into his bag and set off to track him down. Uh-oh.

Now Gary’s got Corey and Stefan in the back of Christian’s van. But just how far will he go to get justice for Seb?

And does this mean we can finally forgive all his past acts?