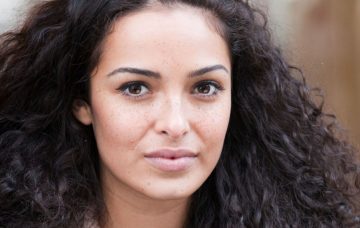 She was left "shaken" and "nervous" by the experience...

Former Hollyoaks star Anna Shaffer has accused a man of sexually assaulting her on a train.

The actress, who played Ruby Button on the popular C4 soap, shared the disturbing news with her 74,900 Twitter followers on Thursday (6 September).

She revealed she had been sexually assaulted on the London Underground that very morning and thanked Transport for London for their help in reporting it to the police.

Anna, who also portrayed Romilda Vane in the Harry Potter movies, described being left “shaken” and “nervous” by the experience.

She tweeted: “Thank you to the @TfL staff at Knightsbridge who just helped me report a sexual assault to the police after a man touched me and tried to put his hand in my knickers on a crowded tube carriage, was shaken + nervous to report but they calmed me + guided me with care + kindness.”

She added: “Also to the brilliant + brave woman who saw it happened and screamed at him while I was frozen.

“Hard to believe that these things are still happening so often on public transport but comforting to know there is stellar support on hand when it does.”

Anna, 26, received several responses from the official TFL account, which read: “Hi Anna. I’m really sorry that you had to experience that on the Tube.

“I hope that you’re now okay, & that they can catch the man who did this…

“I’m pleased that the staff member at Knightsbridge was so caring and kind in helping you report this.”

Which character would you most like to see return to Hollyoaks? Leave us a comment on our Facebook page @EntertainmentDailyFix and let us know what you think!