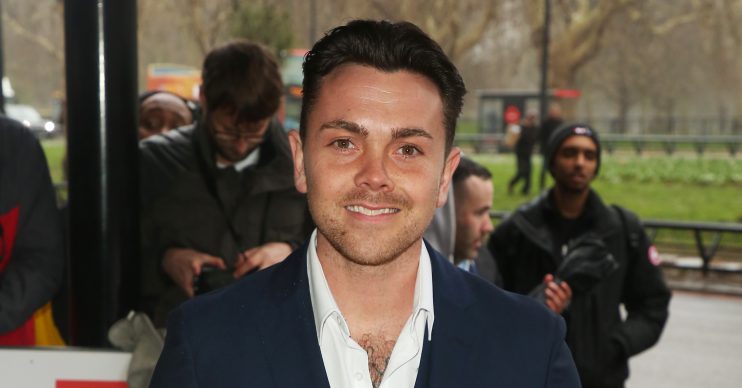 The actor took to Instagram last night (January 1 2020) to reveal his significant other has accepted his proposal after he popped the question.

He wrote: “Welcome to the family my Queen #shesaidyes.”

Emily admitted it has been an “indescribable” experience falling in love with Ray, who portrayed Jonny Baxter on the Channel 4 soap from November 2018 to November 2019.

She wrote: “The most beautiful things are not seen or heard, but felt… Falling in love with you is just indescribable… Forever it is.”

Ray was inundated with messages of congratulations following his post.

Ray’s off-screen delight comes after he left Hollyoaks in November, when his far-right extremist character Jonny’s hard-hitting plot reached its conclusion when his partner in crime Stuart Sumner was pushed off a cliff to his death by his son Sid Sumner.

And former Brookside star Ray later admitted the role had been the “opportunity of a lifetime”, and he hopes the storyline will help to make a “better world” for his kids.

Speaking about the plot, which saw popular character Ste Hay radicalised by Stuart and Jonny, Ray said: “In the most part it’s been positive and I’m really pleased to have been part of it.

“Plus, getting cast for something that I wouldn’t usually have been considered for, after being in the West End and on reality TV, is an opportunity of a lifetime.

“Having the opportunity from [executive producer] Bryan Kirkwood to be cast in such a way is a chance to prove myself as an actor again.”