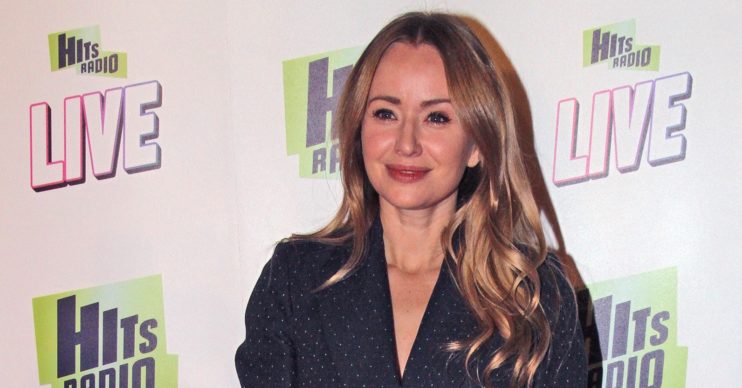 Sammy revealed her daughter did her hair

The actress posted the picture of her new look to Instagram.

She captioned the post: “Don’t think I’ve ever been this blonde but kinda liking it! Slightly terrifying having it bleached by my 15 year old (both nearly stormed off half way through as it was so stressful).

“But yet again, she’s found something else that she’s better than me at!”

One follower wrote: “I love it!”

Slightly terrifying having it bleached by my 15 year old.

Sammy recently shared a photo with her daughter, Mia, who celebrated her 15th birthday just a few days ago.

Read More: Emmerdale’s Lucy Pargeter opens up about struggles of being a single mum in lockdown

Sammy had Mia in 2005, back when she was on Emmerdale.

Sammy is best known for her role in the ITV soap playing Katie Sugden.

She first joined the show in 2001 but was killed off in 2015 when her brother-in-law Robert pushed her at Wylie’s farm. The fall caused her to fall through floorboards where she died.

Last year, Sammy revealed she turned down the opportunity to return to Emmerdale as a ghost.

“It was for a scene or two with Andy. I was working so I couldn’t fit it in.

“But I’d be open for a cheeky little ghost appearance now – if only Kelvin [Fletcher] was still in Emmerdale.”

After leaving the soap, Sammy has continued her acting career.

She recently starred in a film called Lead Belly alongside Hollyoaks star Jamie Lomas and his daughter Polly.

Earlier this year, she played Amelia in One Good Night at Hope Mill Theatres.

She has also written a children’s book called Princess Phoebe Meets The Tudors.