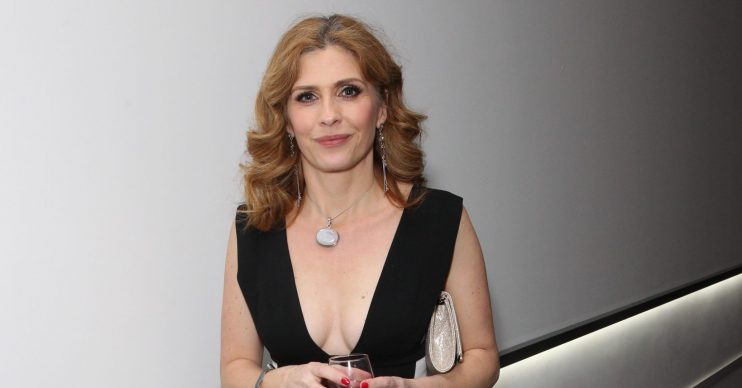 Former Emmerdale star Samantha Giles has hinted at backstage ‘agendas’ on the soap after her exit last year as she discussed the people she misses.

The actress spoke to OK! Magazine and revealed who she missed the most.

She said: “I miss the make up crew, that’s who you divulge your most personal stuff to.

“There’s no competition or agenda with them.”

“But there were lots of changes going on and lots of new people in the show, which is good. Soaps have to have a turnover of people to keep them fresh.”

She has been giving Introduction to Screen Acting classes to budding actors who want a career in television.

There’s no competition or agenda with them.

Samantha is coaching budding actors over the age of 18. She started her role on Wednesday, February 19 in Liverpool.

Casting director Michael Jackson tweeted that “he’d sat in on her intro on Saturday in the Liverpool studio. Great notes and feedback. She’s going to be a great tutor!”

Sat in on her @act4tv intro on Saturday in the Liverpool studio. Great notes and feedback. She’s going to be a great tutor! https://t.co/bpwjonMMz5

Samantha’s alter ego Bernice Blackstock left Emmerdale village last year even though she was due to get married.

After learning her ex-husband and father of her daughter Dee Dee had been left in critical condition in a car accident, Bernice realised she needed to be there to support Dee Dee.

She decided to go to Australia so she could help care for Charlie.

Although Bernice eventually planned on returning so she could marry fiancé Liam Cavanagh, she learnt he had kissed Leyla Harding.

The beautician ended their relationship and clearly doesn’t have plans to return to the village anytime soon.

Do you miss Bernice in Emmerdale?