The actor, 54, played Daz Spencer from 2014 until 2019, when his character left in a bittersweet exit after getting a new job in Croydon. 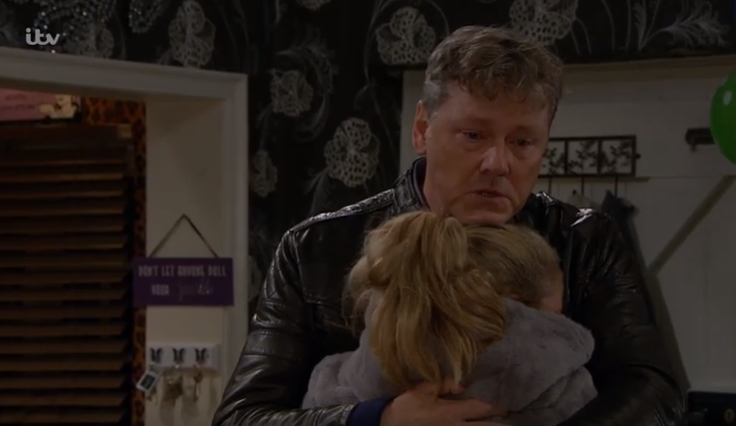 Read more: Emmerdale fans struggling with divisive Wendy plot as she moves to the village

Daz had planned to go with his daughter Amelia, just months after discovering she was his, and NOT brother Dan's.

So when Daz announced his intentions to leave with his child, Dan and Kerry - who had bought Amelia up as their own - were relieved when Amelia chose to stay in the village.

After a heartfelt farewell, Daz got into a taxi to begin his new life in south London! 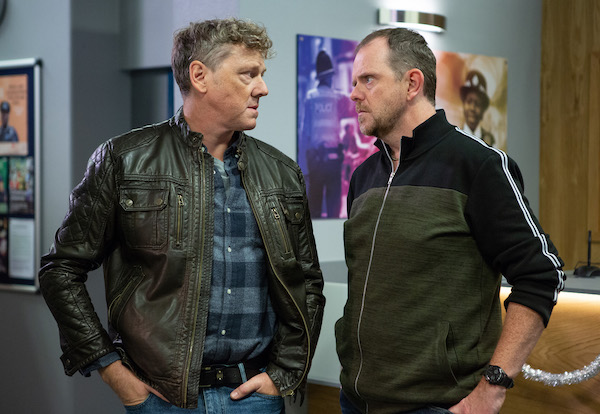 Daz and Dan were at loggerheads over Amelia's paternity (Credit: ITV)

So, was that the last we'll see of Daz Spencer?

Actor Mark has told fans that he has "exciting" news about his career, which has led some into hoping he's returning to the ITV soap.

Okay, me and my agent sat on the good news. Contract signed. More info to follow.

Writing on Twitter, he said: "Okay, me and my agent sat on the good news. Contract signed. More info to follow."

Okay , me n my agent sat on the good news . Contract signed . More info to follow

Many of his 16,900 followers were quick to leap to the assumption he was reprising his role of Daz, with one saying: "Oh my, that's terrific news. My fingers are crossed, hoping you are back in Emmerdale."

Another said: "Hope you're coming back to the Dales?"

A third added: "You sir, are a terrible tease! Now come on, hurry up, don't keep us in suspense... Please say you're coming home to the Dales."

"Hope it's Emmerdale, but best of luck whatever it is Mark, you deserve it!" said one more.

Another said: "If it's back to Emmerdale, that's brilliant. If not, well it's still brilliant for you and well deserved. Really enjoy watching you in old Heartbeat episodes."

In real-life, the actor is dating Emmerdale star Laura Norton, aka Kerry Wyatt.

She stood by the former Heartbeat actor earlier this year when he was found not guilty of affray, unlawful wounding and assault by beating following a row in a pub beer garden.

Last month, Mark hinted that he'd set his sights on a Dales return.

After hanging out with some of his former co-stars, he tweeted: "Been lucky enough to have been sharing company with my Emmerdale buddies again recently. Feel so lucky, such brilliant peeps."

Following his tweet, several soap fans admitted they would love to see him return to the show.

In response to one, he simply posted a prayer emoji, and to another fan who said they "hoped" he was returning to the programme, he said: "I would like that too, love the crew who make it, love my friends who act in it. Great gig."

He recently admitted he is hopeful he will get the chance to return, saying: "His return was left open thank goodness.

"To be back in Emmerdale and see people who trained were now running the camera team and running the make-up team, I love that building so much.

"So yes, the opportunity, possibly to go back, is something I am holding dear to."