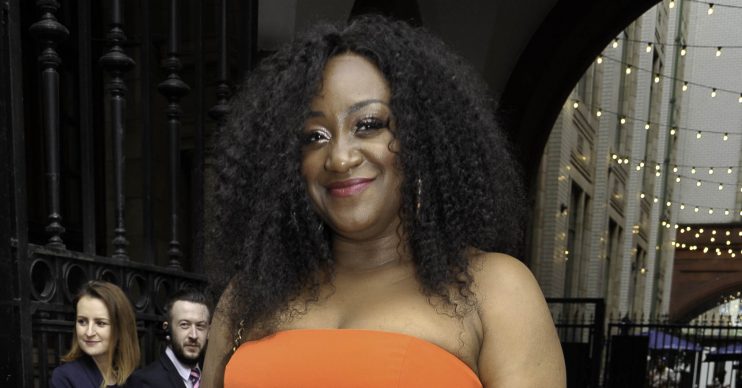 Absolutely thrilled to be joining the fabulous cast and team at @WaitressLondon playing Becky from October 17th! Thank you for all your lovely messages! I’ll get replying! I’m having so much fun already,- Cant wait to meet y’all in the diner very soon! 💛☺️🥧xx https://t.co/o02awSbZso

She wrote: “Absolutely thrilled to be joining the fabulous cast and team @WaitressLondon playing Becky from October 17th!

“Thank you so much for all your lovely messages! I’ll get replying!

“I’m having so much fun already – Can’t wait to meet ya’ll in the diner very soon xx.”

Sandra will be joining Strictly 2018 finalist and vlogger Joe Sugg, who is currently playing Ogie in the musical and X Factor and Eurovision star Lucie J0nes, who is playing Jenna.

‪Here goes…. it’s press night tonight for The Thunder Girls with these lovelies!!! What a journey and far too many laughs!! And my favourite thing on set!!- the Thunders Girls Gold disk on wall- ‘Baby’ Thunder Girls!☺️💕Here we go!!!!! ☺️💛🙏🏾💥⚡️xxx‬ @we_are_the_thunder_girls

After getting a job in Dubai, Jessie initially turned down the position.

However, she slept with her ex-husband Al Chapman and Marlon couldn’t forgive her when she confessed her infidelity.

Despite telling Marlon she loved him and wanted to be with him, he was heartbroken and ended their relationship.

Jessie took the job in Dubai and left shortly afterwards.

Will you be going to see Waitress The Musical? Leave us a comment on our Facebook page @EntertainmentDailyFix and let us know what you think!