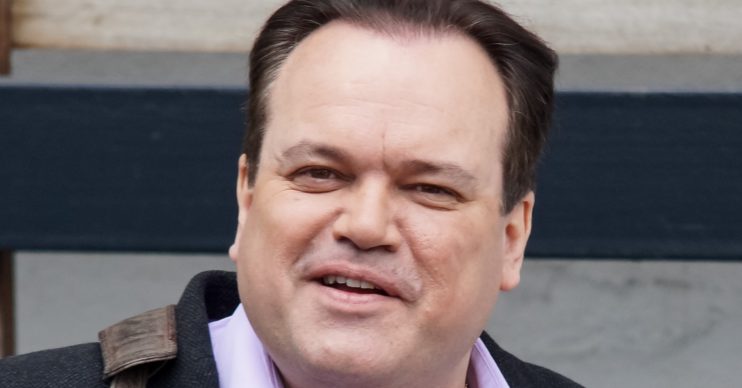 Former EastEnders star Shaun Williamson has claimed his sex appeal has led to jealous boyfriends trying to beat him up.

He now says his fame has meant that some trips to pub have ended in him being confronted by guys furious that their ladies are flirting with him.

Don’t feel sorry for him!

He said on Paul Danan’s The Morning After podcast: “Nobody should ever get their violins out for me, but no-one should underestimate what it’s like to lose your anonymity.

“You go into a pub for a very quiet pint and a woman starts making a fuss over you and then her boyfriend wants to knock you out, all that crap.

“You’ve done nothing wrong. You’re just trying to be nice.”

Shaun initially loved being spotted by soap fans, but was suddenly brought back down to earth and felt “uncomfortable” with being famous.

A woman starts making a fuss over you and then her boyfriend wants to knock you out.

He added: “The first time someone recognises you you’re floating on air all day.

“Then it becomes a sort of pleasant thing and then it suddenly switches to something you feel quite uncomfortable with. I am all right now. It’s a really pleasant place.”

Following his time on Albert Square, Shaun has acted in Extras, Plebs and Mister Winner as well as appearing on reality shows like Celebrity Big Brother.

He says he’s now ready to make his return to soaps.

The actor has his eye on appearing in ITV programmes Emmerdale or Coronation Street.

He said: “To be honest, I’d had 10 years on EastEnders and I’d had enough.

“Obviously I can’t go back to EastEnders because I was pushed off a cliff and you saw me croak my last.

“I’d love to get on Corrie or Emmerdale. I’m a massive fan of both shows.”