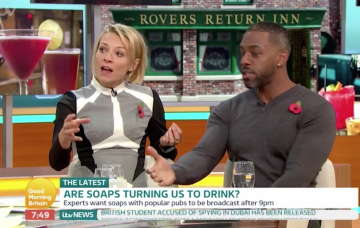 Are soaps turning us into alcoholics?

Richard, who played Walford’s Vincent Hubbard until earlier this year, took part in a discussion on the ITV show after a recent study by the Centre for Tobacco and Alcohol Studies suggested that soaps should be shown post-watershed because of their “heavy alcoholic imagery”.

The actor was quick to slam calls to ban alcohol in soaps, pointing out that dark storylines in soaps don’t influence people to “cheat or murder”.

Richard argued: “I was born in ’72 and as far back as I can remember, my grandparents – who aren’t even English, they’re Jamaican – used to go to the local pub.

“That’s not because they were watching Emmerdale, it’s because we know that’s where the local forum is.”

Journalist Helen Croydon also joined in with the early morning segment, arguing on the opposite side to the actor.

Helen said: “Every single social scene is in a drinking situation. In the media, the only time people socialised was in a bar.

“If you are writing something that is watched by the masses you have a social responsibility, you are a role model.” 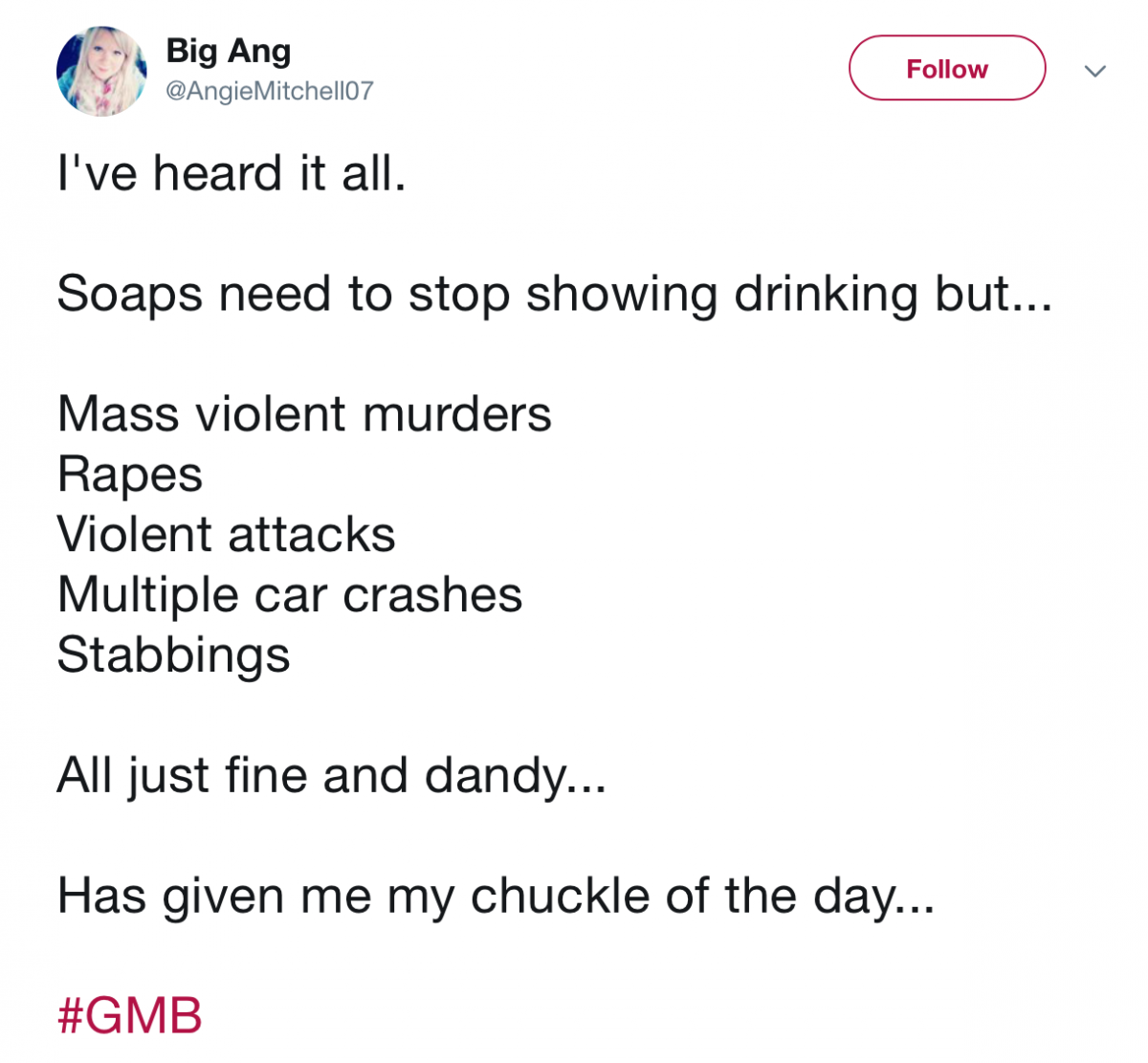 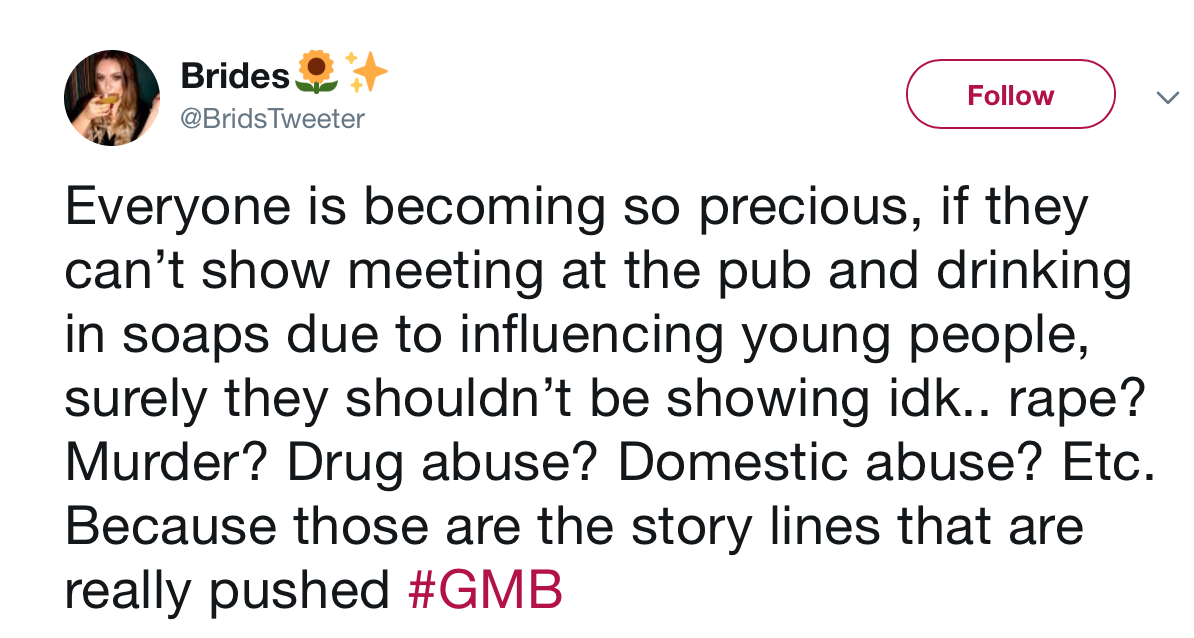 Thankfully for soap fans, Richard didn’t back down.

He went on to point out that if drinking on soaps is turning viewers to alcohol, then surely that’s got to be better than soaps being behind viewers cheating on their spouses, or murdering and kidnapping.

He’s certainly got a point!

Which side of the debate do you agree with? Leave us a comment on our Facebook page @EntertainmentDailyFix and let us know what you think!