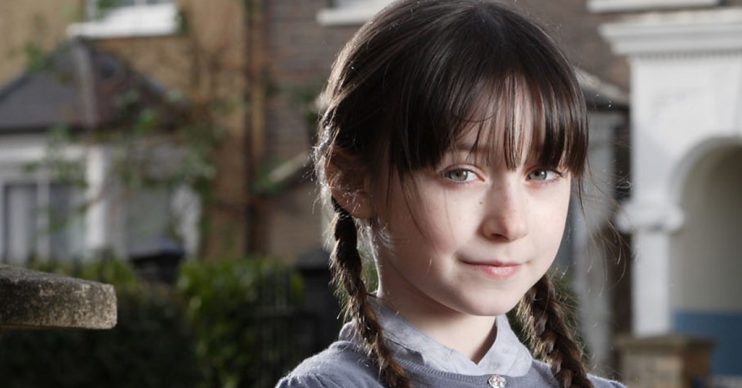 The actress was left begging for her life

Former EastEnders star Molly Conlin has revealed she was held at knife point as her home was burgled by a gang of intruders.

The actress used to play Dotty Cotton in the BBC soap up until 2010.

Molly took to social media this weekend (Saturday, June 28) to reveal her terrifying ordeal that saw her begging for her life and robbed of expensive goods.

What did Molly say?

She tweeted, as reported by the Mirror, that she was in her home when there was a knock on the door.

She thought it was a delivery man, but when she opened it, two men “barged in” and “pushed” her to the ground, before they “dragged” her upstairs.

Molly explained: “[They] held me at knife point while raiding my house.”

The incident had her fearing for her life.

“I was literally praying as I thought I was going to die,” she told her follower across a series of tweets, some of which have since been deleted, according to the Mirror.

She said that two other individuals had entered her home through the back door.

Molly said they look the keys to her brother’s black Audi A1, in addition to a phone  and a watch.”

She continued: “They [were] screaming at me, telling me they was going to hurt me if I didn’t give them anything while I was begging for my life being pinned down to the floor.”

Molly called the police from her neighbour’s house and revealed they later found her phone abandoned.

She issued a plea, begging her fans to lock their doors and keep their eyes open.

“I’m so grateful none of my family was home at the time and it was only me,” she added. “Please spread the word.”

The police have launched an investigation

Essex Police have confirmed they have launched an investigation.

A spokesperson said: “We are appealing for information about an aggravated burglary in Witham.

“The men, who were described as being black, threatened a woman with a knife before carrying out a messy search of the bedrooms.

“They made off with a watch worth a four-figure sum and a black Audi A1 Sport. Fortunately, the woman was not hurt but she was left shaken by the incident.”

Molly played Dotty for two years until 2010. She was later left upset when the soap recast the character in 2019 with actress Milly Zero.