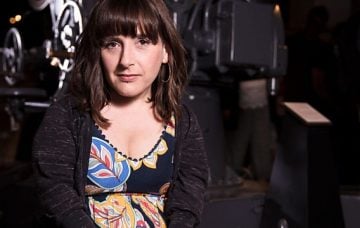 Lisa Hammond left EastEnders earlier this year and it’s now become clear her exit was not a happy one – for her character or the soap star.

The disabled actress played Donna Yates for four years, but left this July when she made a hasty exit out of Albert Square after planting drugs on Rainie Branning.

Now the former star seems to have slammed BBC bosses for only casting her because of her disability.

Lisa has written a play about life on TV and reports say the show is a thinly-veiled attack on her time in EastEnders.

In the play, entitled Still No Idea, Lisa stars as a wheelchair-bound actress trying to make it on TV.

The play, which recently finished its run at London’s Royal Court, appears to be about Lisa’s frustrations while filming the popular BBC soap.

Lisa hits out at bosses for only giving her the role to “tick diversity boxes”.

A source told The Sun: “Lisa was unhappy about her time on the show and felt that she didn’t get enough storylines.

“So, when she left, she poured her energy into writing a play about her experiences. She doesn’t name EastEnders specifically, but it’s clearly about it.”

The insider continued: “There’s even a joke in the play about how when bosses suggest she unearths the identity of her father, and it’s Warwick Davis.

“At another point she makes a gag about how bosses thought she could only be friends with characters who had accessible houses.”

When she was introduced to EastEnders, she was the first female wheelchair-bound actress to be cast in the soap.

At the time, show boss Dominic Treadwell-Collins said: “Lisa is a brilliant comic and a sharp actress and we’ve been trying to get her into the EastEnders cast for a long time. So I’m delighted that it has finally happened.”

Do you miss Lisa on EastEnders? Leave us a comment on our Facebook page @EntertainmentDailyFix and let us know what you think!