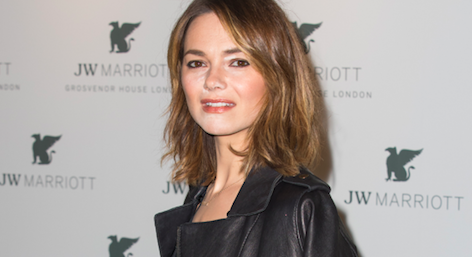 Her beloved 'muma' passed away earlier this year...

Kara Tointon has bared her soul to her social media followers, by posting a heartfelt message to her late mother.

The former EastEnders star, 35, lost her beloved “muma” just months after becoming a mother herself for the first time.

In March, Kara told her fans that her mother had passed away when she shared a compilation video dedicated to her.

While Kara did not reveal the cause of Carol’s death, she had previously mentioned that her mother had been unwell over the past year.

The touching video showed a young Carol being a doting mother to her two children, and a loving wife to her husband Ken.

God I was so lucky muma. Do laugh that I’m reaching out to you on INSTAGRAM. I love you

Four months later, Kara appeared to send her mum a message on her Instagram page.

Alongside a heartbreaking quote about grief, Kara wrote: “God I was so lucky muma. Do laugh that I’m reaching out to you on INSTAGRAM. I love you.”

Followers, including celebrity friends Denise Van Outen and Lydia Bright, replied with words of sympathy, with one writing: “I reach out to my dad on Instagram when I miss him too.”

In November 2018, she and fiancé Marius Jensen welcomed their first child, a baby boy who they named Frey.

She recently revealed she wouldn’t want to return to EastEnders, because she thinks too much time has passed since she last stepped foot in Albert Square.

Kara said: “I think my time there was enough and I had a great time. I was there for a long time, I did well, I survived! It’s been about 10 years, I don’t know if my character is still alive to be honest.

“I just really enjoy doing different things, so I just don’t see myself going back.”