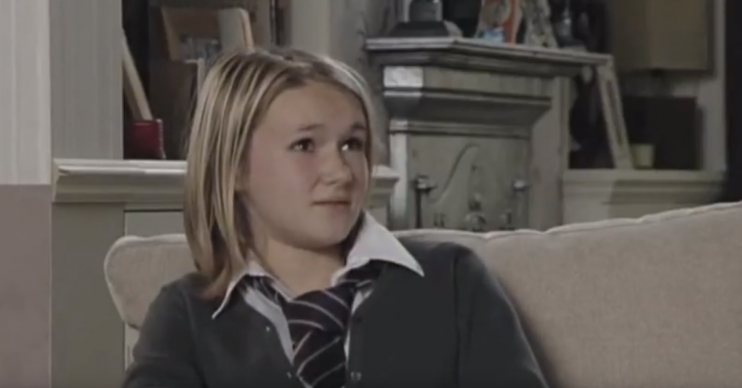 Melissa captioned the post “ISaidYaass @mrrobertbrendan,” along with a series of hashtags.

Friends and fans rushed to congratulate the actress.

Another said: “Oh wow, so pleased for you! Congratulations X.”

Melissa played Lucy before actress Hetti Bywater took over the role in 2012.

During Melissa’s time as Lucy, her storylines included becoming a rebellious teenager and a teen pregnancy.

When Lucy was 13, she dated 18-year-old Craig Dixon. When the pair attempted to run away together Craig assaulted Patrick Trueman.

When Craig started pressuring Lucy for sex, she panicked and told her dad Ian that Craig had assaulted Patrick and Craig was arrested for attempted murder.

Although she originally decided to have the baby and let stepmother Jane adopt it, she later changed her mind and chose to have an abortion.

After cheating in her GCSEs Lucy left to live with her Nan in Devon.

In 2015, Lucy was killed off in one of the soaps biggest ‘whodunnit plots’. After 10 months of viewers waiting, the killer was revealed to be Lucy’s little brother Bobby Beale.

And Madeline Duggan, who played the original Lauren Branning from 2006 to 2010 has also grown up quite a lot since her soap days.