Michael Greco set pulses racing when he appeared as Beppe di Marco in EastEnders between 1998 and 2002.

The actor was voted the sexiest male soap star EVER by readers of the Radio Times magazine and he was ranked number 66 in the 100 Greatest EastEnders characters of all time. 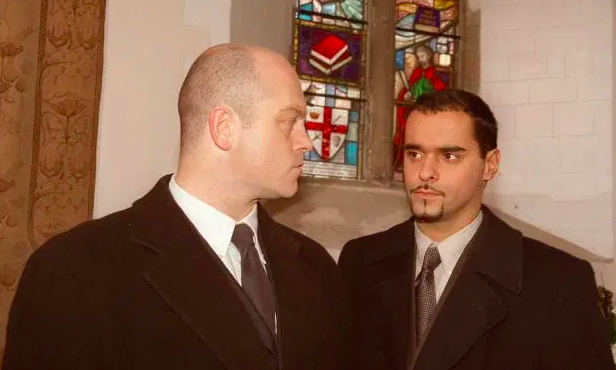 Read more: EastEnders fans WANT Martin and Sonia to get back together after he tells Stacey he slept with ex

But now the actor and poker player, 48, has joked that he looks more like comedy character Harry Hill than a heart-throb.

Hello everyone. Oh my god, I look like Harry Hill.

Michael, who now lives in the US, shared a new video on his official Instagram page on which he has 51,600 followers.

While promoting his latest health kick, Michael joked that he looked like the bespectacled comedian, before pointing out his thinning hair and dark-rimmed glasses.

Chaga mushrooms are one of nature’s gifts to making us feel incredible. Google it. thanks to @chagalifeuk for giving my body a much needed health kick. #healthiswealth #lovelife #behappy #behealthy

Michael said: "Hello everyone. Oh my god, I look like Harry Hill."

He then slapped his forehead in a comedic manner and wiggled his glasses around a la Harry-style.

Michael first joined EastEnders back in 1998 but was axed by executive producer John Yorke in 2002 as he set to "revamp the show" with his final scene airing on June 4 later that year.

Before Beppe left Albert Square, he featured in numerous storylines including his infamous clashes with both Phil and Grant Mitchell and his relationship with Lynne Slater. 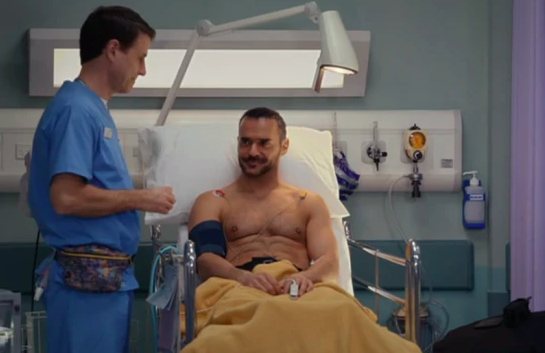 Beppe was fired from the police force for attempting to frame local hardman Grant.

More recently, Michael had a stint on Casualty in 2017 as another policeman.

Naturally scriptwriters made the character spend most of the episode with his top off and his abs on show.

Were you a fan of Beppe di Marco? Let us know on our Facebook page @EntertaimentDailyFix.