Former EastEnders star Katie Jarvis has responded to being 'job shamed' for working as a retail security guard.

Katie, who played Hayley Slater in the BBC soap, currently works at B&M Bargains as a security guard, as reported in a tabloid at the weekend.

Speaking on the Victoria Derbyshire show today (October 22 2019), Katie said: "To be honest Sunday morning, I woke up really embarrassed and really made to feel quite ashamed.

"See over my career I've done my best to try and stay away from social gatherings, get-togethers and celebrity things to keep my private life as private as possible. "So to wake up with my kids and see myself on the front of the pages just for simply having a job in between my acting, it really did hurt me and it took a day or so for me to actually let it all digest and realise I had nothing to be ashamed about."

She continued: "All actors go through it. Over the years I've had so many different jobs in between.

"When I was seventeen and I got found for Fish Tank I was doing the doughnuts with my uncle at the time at festivals and things like that.

"I'd go on there and they'd have the food carts. I've been a waitress, I've worked in a credit card company, I've done admin, I've done all types of things." 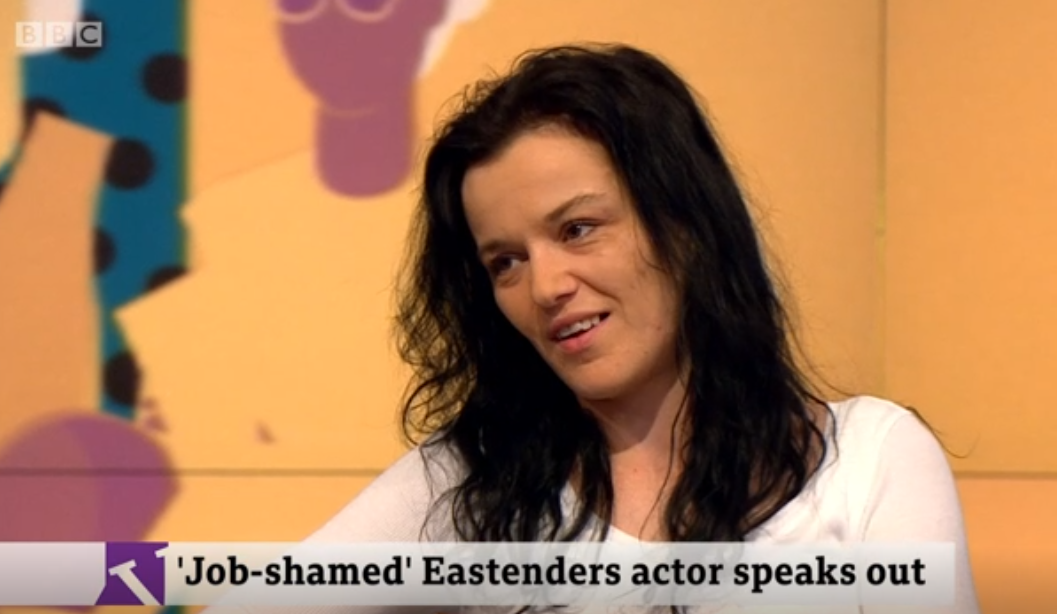 Katie revealed she has done many jobs other than acting (Credit: BBC iPlayer)

To be honest Sunday morning, I woke up really embarrassed and really made to feel quite ashamed.

Katie also wanted to point out that her colleagues at B&M work hard and put in the hours.

She said: "The people I work with there are amazing, they get up every single day, they work hard for their money and it doesn't matter what job you're doing.

"I don't think anyone should be made to feel how I did when I woke up because as long as you're working that's all that matters."

While Katie initially felt shock, she is aware of the support from celebrities. 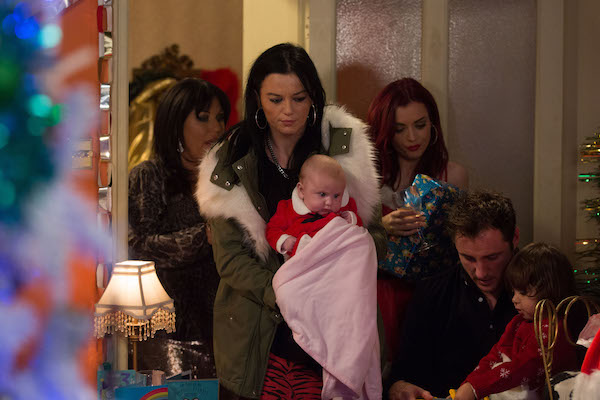 She said: "Yeah I am overwhelmed by it, I didn't realise. Obviously on Sunday it kind of all hit me and where I'm not on Twitter I never seen none of this and I think there's pros and cons to that.

"It's kept me away from the bad stuff but to hear that was amazing so I'm glad to have their support."

Katie left the soap earlier this year until she was quietly written out in February in a shock storyline that saw her give Kat her baby.

Despite fan speculation, Katie's exit wasn't officially confirmed until months later.
On behalf of all working mums, Katie, we salute you!

Leave us a comment on our Facebook page @EntertainmentDailyFix and lend your support to Katie and all working mums.