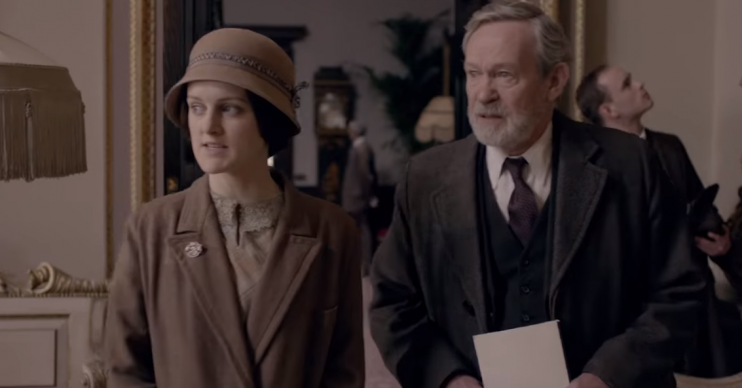 Paul has also appeared in Emmerdale

Since arriving on the cobbles, Evelyn has quickly become known for voicing her opinions.

However since her arrival, viewers haven’t learnt a huge deal about her past apart from the fact her daughter Cassandra gave birth to a baby boy, Tyrone, who Evelyn left at a local police station.

In pictures obtained by metro.co.uk, Maureen and Alan Halsall, who plays Tyrone Dobbs, were spotted filming with Paul, who is reported to play a man named Arthur.

According to the publication, Arthur is an old friend of Evelyn’s from her past, but it is yet to be revealed whether there is any romantic connection between them.

Keen soap fans will know this isn’t the first soap Paul has appeared in.

In 2018, he played Charity Dingle’s father Obadiah Dingle in Emmerdale.

Obadiah came into the picture when Charity revealed to girlfriend Vanessa she was abused by DI Mark Bails.

At 13 Charity became pregnant with her second-cousin, Cain Dingle’s baby.

Charity gave birth to a baby girl, Debbie Dingle. But Obadiah forced Charity to give her baby to his friend, Pat Jones.

Obadiah eventually threw Charity out and she began staying with DI Bails who held her hostage and repeatedly raped her, resulting in her falling pregnant with her second baby, Ryan.

After Charity reported Bails to the police and he was sentenced, Charity paid her father a visit and he revealed he had Parkinson’s disease.

But he blamed his daughter for his drinking problems causing Charity to smash a bottle and storm out before vowing never to see Obadiah again.

Paul is also well known for his roles in Last Tango in Halifax and Hornblower.

Are you excited to see him in Corrie?