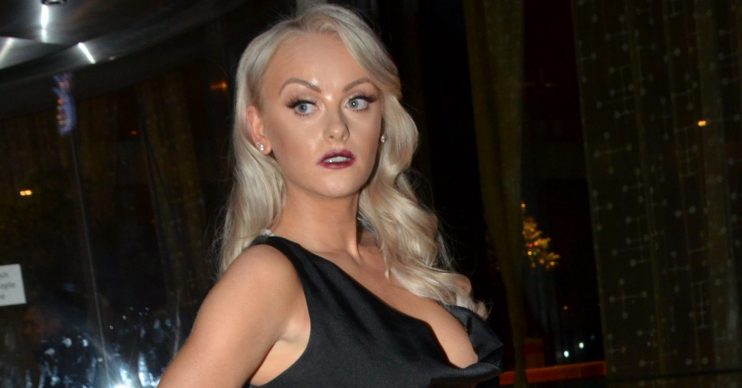 Former Coronation Street actress Katie McGlynn has ruled out joining another soap as she teased her latest role.

Katie played Sinead Osbourne, aka Sinead Tinker, in the ITV soap from 2013 until her character’s death in October 2019.

Since her departure from the show, Katie has been involved in a Christmas Pantomime, playing Tinkerbell in Peter Pan.

But the actress has teased a new role and revealed she won’t be joining another soap in the near future.

Speaking to New! Magazine, when asked if she would be joining another soap, Katie said: “Not right now. I’d love to do something in the future.

“It’s a really nice job, but you have to work hard constantly. For the next few years I want to focus on other things.”

What is Katie’s new role?

When asked what she would like to do next, Katie teased her new role. She said: “I’ve got something coming up, but I can’t say a lot about it yet. We’re having a read-through soon and I start filming next month.

“I’m just really happy I’ve got something already and it’s a cool part and completely different to Sinead. For me, I love doing TV and would love to do a series and a film. It’s nice to have that freedom to try new things.”

What other roles is Katie known for?

Before her time on the cobbles, Katie was best known for playing Jodie ‘Scout’ Allen in Waterloo Road.

She played the role from 2011 until 2013. Soon after the unexpected death of Scout’s mum, played by Emmerdale’s Lisa Riley, Jodie left for university.

Katie also appeared in TV series Moving on and Leonardo.

What happened to Sinead in Coronation Street?

Katie’s Coronation Street character was sadly killed off in a cervical cancer storyline.

In 2018, Sinead was diagnosed with cervical cancer whilst pregnant with her son Bertie.

Read More: Lucy-Jo Hudson breaks silence on THAT ‘fall out’ with Alan Halsall

Although she was given results her tumour had shrank in early 2019, she later discovered her cancer had returned and was terminal.

She died in October 2019 as her husband Daniel read son, baby Bertie, a story.

Are there any shows/series you would like to see Katie join? Leave us a comment on our Facebook page @EntertainmentDailyFix and let us know what you think!