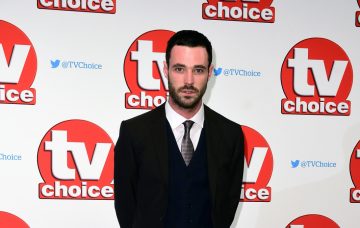 The actor – who played Callum Logan on the cobbles until 2015 – opened up in two candid videos on Instagram.

In the first, he said: “So there’s a few things I had to change to get past the first stages of depression. Three main things for me.

“I have a very addictive personality. One of them was alcohol. I was hitting the bottle hard. It runs in my family. So that was one thing I had to cut out, alcohol.

“The next thing was cannabis. You know I’m an actor, I’ve always had a puff here and there. You think, ‘It helps me create a character’, but actually it just makes you dopey as hell so I had to quit the cannabis.

“Those three things set me on a clear path.”

In a message alongside the video, he said: “Once my whole world was fragmented due to depression I realised a lot of things had crept into my being that did not support my dream.

“I take full responsibility for my addictions and now I’m back in control.

In it, he elaborated on his previous points, saying alcohol was “called spirit because it sucks the spirits out of you”.

He said while cannabis was good for certain things, it could also “slow you so down and make you overthink and it can make you paranoid”.

“I don’t care what anyone thinks and you can be addicted to it,” said the actor.

“You don’t sleep. I don’t remember my dreams I just go in like a drug induced coma every night.”

“To transmute it and hold it in and you become much more of a powerful man.”

Writing alongside the video, he said: “Beating depression rather than beating one off ?

“This is a step by step process I’m taking to understand my bodies needs.

“The energy you waste makes you more and more depressed, by with holding you become more attractive to women, more confident and the list goes on.

“Do your research. Everything in moderation being key not filling a void with endless booze and drugs which we all do in the country.

“Another main fact that is linked to self esteem is the food you eat. Cells rejuvenate all the time. Eat your greens don’t just smoke it.”

Sean signed off by thanking his followers for their support.

Do you have experience of depression? Leave us a comment on our Facebook page @EntertainmentDailyFix and let us know how you tackled it.