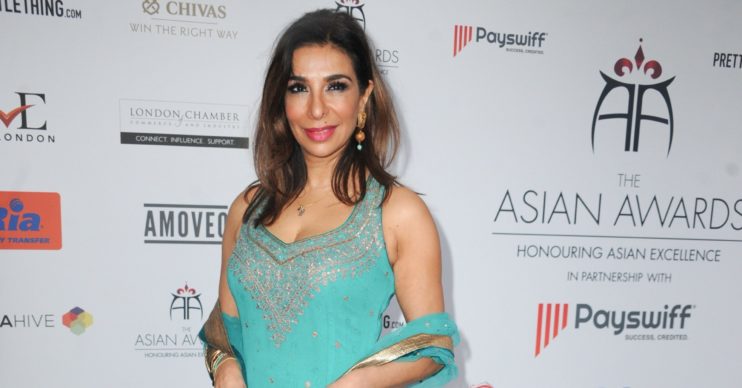 Shobna played Sunita on and off for 12 years

Shobna played Asha and Aadi’s mum Sunita before her character’s murder in 2013.

Asha stripped on a video call for her crush Corey, completely unaware that he filmed it. Although he appeared to keep the video to himself, new classmate Kelly Neelan saw the video on his phone.

When Asha failed to defend Kelly when she was accused of breaking a lamp at Amy’s house, Kelly got hold of Corey’s phone and sent the video to their peers.

Amid Asha being bullied for the video, her father Dev will soon discover what’s been going on.

At first he rails at Asha and tells her that her late mother would be disappointed.

However, Shobna responded to the storyline on her social media account.

She wrote in a tweet: “I always know Dev can’t cope with the children when I get an alert on Google about Sunita… Seven years gone and he wants to bring me up again. #Corrie it’s not still Sunita’s fault is it?”

I always know dev can't cope with the children , when i get an alert on google about Sunita … 7 years gone and he wants to bring me up again ? #Corrie . its not still Sunita's fault is it?

Despite his harsh words, Dev eventually softens seeing how upset his daughter is.

As Asha begs him not to go to the police, he reluctantly agrees. But when he learns from Aadi the video has made its way onto the internet, Dev goes to the police leaving Asha furious.

How did Sunita die?

In 2012, whilst she was with Dev, Sunita began an affair with Karl Munro, who was in a relationship with Stella Price.

Eventually Stella found out and Karl moved into No.7 with Sunita and the children.

But Sunita eventually became fed up with Karl’s lazing about. When he discovered she had deleted his texts from Stella, he lost his temper causing her to throw him out.

In 2013, after a few too many drinks at The Bistro Sunita was thrown out, but noticed Karl heading into the Rovers, where he once lived with Stella.

She found him setting fire to the pub’s cellar and after a struggle she fell down the stairs and Karl left her.

Sunita was eventually brought out by the fire brigade and went into a coma. She eventually started to improve. However Karl blamed her for everything that happened.

In her hospital room, he dislodged one of her tubes and she eventually died.