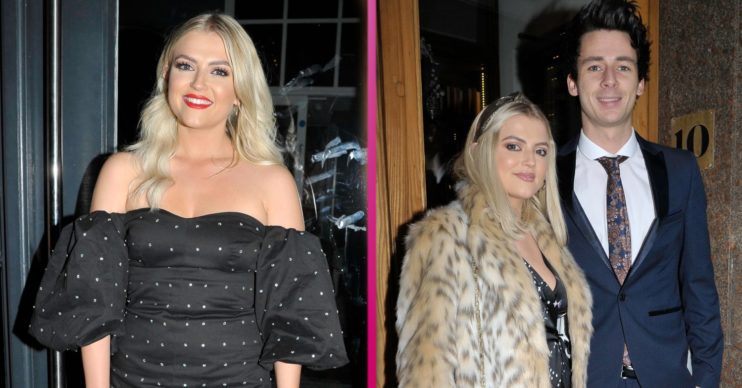 Lucy had hopes they would get married

Lucy and Tom met through friends, but according to The Sun, the pair have called it quits.

A source told the publication: “She and Tom have called it quits and are no longer together. They spent lockdown together but it gave them time to evaluate what they want.

“They decided taking time apart was the best idea and they have gone their separate ways.

“Tom has never courted the spotlight and has quit social media because he doesn’t want to see anything related to her.”

After leaving Corrie, Lucy revealed she was patiently waiting for Tom to propose to her.

She told the Metro: “I want Tom to propose at some point and I want to move house.

The actress also revealed that she and Tom began looking at houses together six months into their relationship.

She and Tom have called it quits and are no longer together.

She is one of 12 celebrities who will be appearing on the show and they will be rowing 650 miles from Land’s End to John O’Groats.

The gruelling programme will be hosted by Freddie Flintoff and AJ Odudu.

Lucy made the decision to leave Coronation Street last year when her 2020 contract finished. She played Bethany Platt on the soap for five years and was involved in numerous hard hitting storylines including being groomed by an older man.

But shortly after she left the soap, the UK went into lockdown due to the coronavirus pandemic.

During lockdown Lucy revealed she had no work due to COVID-19.

However it looks like the actress has kept herself busy by selling her clothes on her Depop account. She also set up her own bar in her back garden.

Will be you watching Don’t Rock The Boat? Leave us a comment on our Facebook page @EntertainmentDailyFix and let us know what you think of this story.