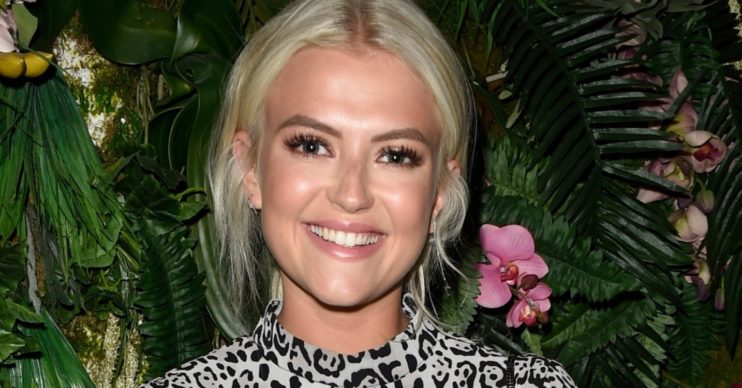 But some fans left upsetting comments

Former Coronation Street star Lucy Fallon is spending lockdown getting nostalgic for past holidays and yesterday she posted a racy bikini snap.

But some fans were left upset by the comments she was getting on the post, calling them ‘creepy’.

Lucy, looking stunning on a Barbados beach in a lilac bikini, captioned the snap: “Runnin from my responsibilities like xoxo.”

Among the comments of “beautiful” and “stunning”, were other, less PG remarks. Some of Lucy’s followers immediately picked up on the comments people were making.

With observations ranging from: “Move your hands,” to: “I’m going to give your bare feet a seriously good tickling with my fingers, tongue and electric toothbrush, Lucy,” plus more that can’t be repeated here, people found them to be inappropriate.

In reply to him, one follower added: “There’s some desperate creeps out there.”

A third said: “I just don’t know what half of them hope to achieve? Do they think by saying they’re going to lick her toes or whatever she’s gonna slide into their DMs with a time and date? It’s ambitious, I’ll give them that.”

Fans leap to her defence

One person suggested Lucy knew what she was doing when she posted the shots, to which JaackMaate replied: “[Bleep] off, that’s mental.”

Another follower also replied to the comment: “Sorry but men can happily post topless selfies and it’s not questioned, but a girl can’t post a bikini pic without rude comments or someone saying ‘well you have to wonder why…’ double freaking standards.”

What is Lucy Fallon doing now?

After leaving Coronation Street earlier this year, Lucy has admitted her career was put on hold by the coronavirus pandemic.

She told The Sun: “It was really difficult to make the decision to leave, but I’d been there for five years and it was all I’d ever known.

“I’d never done theatre or anything away from Corrie and after the grooming storyline where I won quite a few awards, which was amazing, I realised if I didn’t leave and try other things I might end up wondering, ‘What if?’.

“But obviously COVID-19 has thrown it all up in the air now. As I left, work was starting to pick up and take off and now everything has stopped.”

Lucy has been selling her clothes online, plus has set up a bar in her garden since lockdown began.

She also dyed her hair peach!