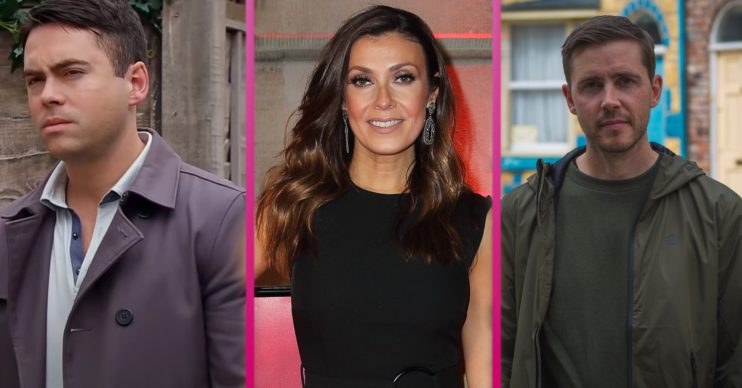 The actress, who played Michelle Connor on the soap from 2006 until 2019, has spoken out in defence of Gareth, who will be taking over the role of Todd from Bruno.

Bruno was axed from Corrie in 2017 after pleading guilty to two counts of sexual assault.

Some fans were unhappy with news of the recast and felt the show should have hired someone who looked more like Bruno.

Todd "might be wearing a disguise".
Well, he certainly looks different. #Corrie #CoronationStreet

Aaaaand Todd’s reemergence begins.. but no one will recognise him … different head! #Corrie

However Kym has explained that she agrees with her former co-star Jack P. Shepherd. Jack previously argued that the best actor for the role could miss out on an opportunity because he didn’t look like the original actor.

Coronation Street: What did Kym say about Bruno and Gareth?

“Many fans commented that Gareth looks nothing like Bruno Langley – who played the part until his departure from the soap three years ago.

“But Jack insisted that focusing purely on actors’ looks means that the part may not go to the most talented actor. Talent beats looks.”

Kym also recalled that her onscreen Corrie son, Ryan Connor, has been played by three different actors. They were previously played by Ben Thompson and Sol Heras. But the character is now by Ryan Prescott.

She continued: “My son in Corrie was played by three different actors and they don’t look alike!

“But audiences will soon forget when they get used to it and if the actor is talented, the show will continue to be exciting and entertaining.”