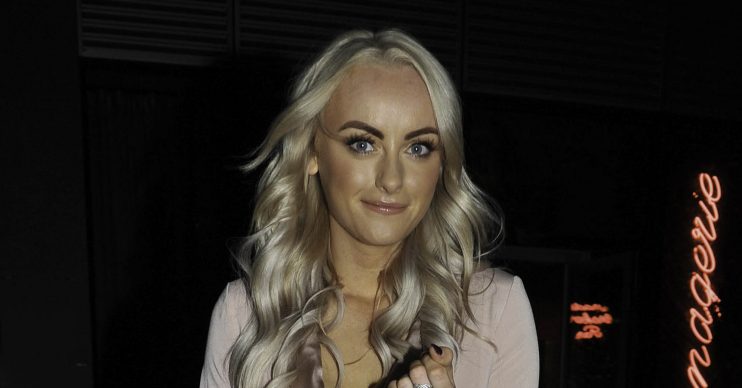 The star, who played Sinead Osbourne until the character’s tragic death from cervical cancer last year, had previously admitted she’d been comfort eating to get through the harrowing scenes.

And after she left the soap, she embarked on a fitness and training regime that has left her feeling – and looking – amazing.

Speaking to Closer magazine, she said she’s feeling “more confident than ever” now she’s back to her normal weight.

“I was usually between a size 8-10 when ordering clothes, but I was creeping up to a size 12, which isn’t bad at all, but it was bigger than I usually am.

“I finally feel back to normal. I’ve trained hard, I’ve been lifting weights, and eating the right food. I’m more confident than I’ve ever been and I have much more energy

She joined a 12 week fitness programme at Ultimate Performance Gym in Manchester and overhauled her diet, now only eating “good fats like salmon, eggs and nut butters.”

I’m more confident than I’ve ever been.

Yesterday (Tuesday January 7) it was announced Katie had been shortlisted for a National Television Award for her portrayal of Sinead’s final days.

“Basically I was feeling a bit under the weather, but I just powered through, didn’t think about it,” she said.

“I just thought ‘right I have a cold’ and we were doing three shows a day at one point.

“I loved every second of it but I was feeling a bit off and sick and hot and a bit stumbly and I thought ‘this is really weird’. I just felt really spaced out.

“And then in between shows I fainted and then all of it is a bit of a blur. It was very dramatic.

“There was an ambulance, I don’t remember that, I just remember waking up in A&E in my Tinkerbell costume.”

She continued saying: “The doctor put it down to exhaustion and being ill and I actually had this virus and because I didn’t have any rest I needed bed rest.

“So I had a couple of days bed rest and I was like ‘right I really don’t feel well still, something’s off’ so I went to my own doctor and he said ‘you’ve had this virus you need to have one to two weeks bed rest'”.