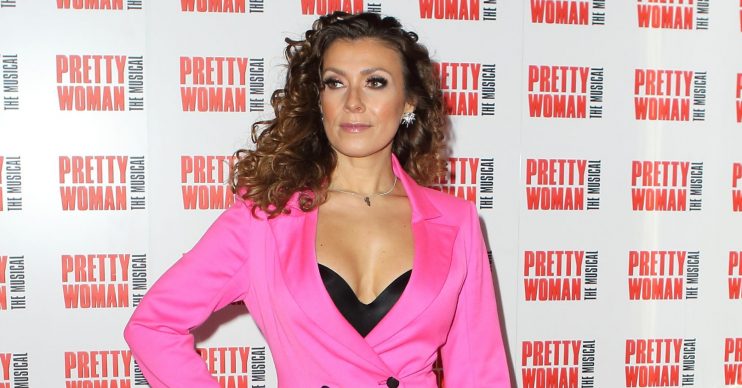 Kym Marsh, who played Michelle Connor in Coronation Street until December last year, has been told she is “heading towards perimenopause”.

The actress has been struggling to sleep due to night sweats so went to see her doctor to find out what was going on.

After having a series of tests, Kym was told that she is entering the pre-stages of the menopause – which is the time in a woman’s life when menstrual periods stop permanently, and they are no longer able to conceive children.

In her weekly column for OK! magazine, she said: “I’ve had tests, and been told I’m heading towards perimenopause – which isn’t easy to hear.

“It’s causing me to wake up at night in hot sweats, but I am 44 so it’s not a strange thing to happen.”

Kym – who has three children and one grandchild – is trying a variety of things to help her get her slumber but nothing has worked so far to ease her symptoms.

I’ve had tests, and been told I’m heading towards perimenopause – which isn’t easy to hear.

She added: “I’ve invested in a sleep candle, pillow mist and sleep tea, so I’m trying everything to stay asleep! Nothing seems to have helped yet, but fingers crossed I’ll find the best remedy for me.”

Kym’s sleep woes are not helped by her eight-year-old daughter Polly who is “not a great sleeper”, something which began when she was a baby.

Saturday fun with my girl ❤️❤️❤️

She explained: “From birth, she’d only sleep for 15 minutes at a time and in the end I went to see a doctor, who did a sleep study on her and found that she had sleep apnoea, which was caused by the size of her tonsils.

“Because her tonsils were so big they were falling into her airway and waking her up. She ended up having them removed.

“Even now, she’s still not a great sleeper but only tends to wake up once in the night.”

Last week, Kym, who’s character Michelle left the cobbles at Christmas after her cheating fiancé Robert Preston was shot dead, revealed she has had a difficult time since leaving the soap.

Speaking in her OK! column she said: “I have to admit I’ve found the process of leaving Coronation Street and having so much more time to myself really difficult, I almost feel bad when I’m not working, even though I shouldn’t.”