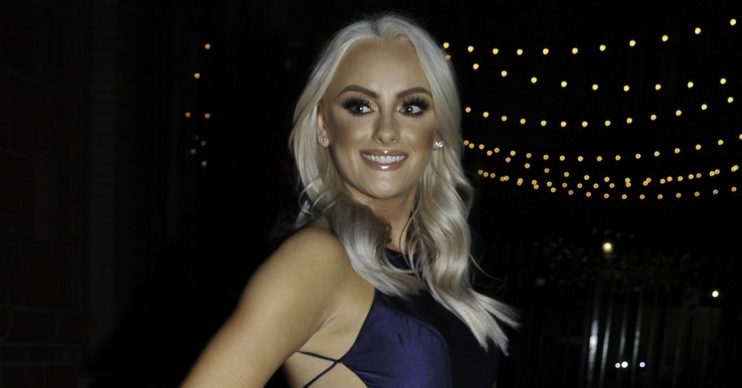 Katie will be dancing for charity

Former Coronation Street star Katie McGlynn is taking part in the celebrity special of The Greatest Dancer for Sport Relief.

She wrote: “Super thrilled to be taking part in a celebrity special of The Greatest Dancer for Sport Relief.

“Make sure you tune into BBC One next Friday from 7.00pm to see which team wins and please please please give what you can and support this amazing charity!

“And please remember people, I am not a dancer.”

Back in January, Katie revealed she lost a stone in weight since leaving Corrie last year.

The actress, who played Sinead Osbourne until she died from cancer in October, previously admitted to comfort eating through the harrowing scenes.

And after she left the soap, she embarked on a fitness and training regime that has left her feeling – and looking – amazing.

Super thrilled to be taking part in a celebrity special of The Greatest Dancer for Sport Relief.

Speaking at the time to Closer magazine she said she’s feeling “more confident than ever” after going back to her normal weight.

“I was usually between a size 8-10 when ordering clothes, but I was creeping up to a size 12, which isn’t bad at all, but it was bigger than I usually am.

“I finally feel back to normal. I’ve trained hard, I’ve been lifting weights, and eating the right food. I’m more confident than I’ve ever been and I have much more energy.”

She joined a 12-week fitness programme at Ultimate Performance Gym in Manchester and overhauled her diet, now only eating “good fats like salmon, eggs and nut butters.”

After leaving the cobbles, Katie starred in pantomime as Tinkerbell, but was forced to pull out of the final week after collapsing and being rushed to hospital.

Since then she has landed a job with Mecca Bingo and also revealed her hopes to head to Hollywood.

Will you be watching The Greatest Dancer celebrity special?