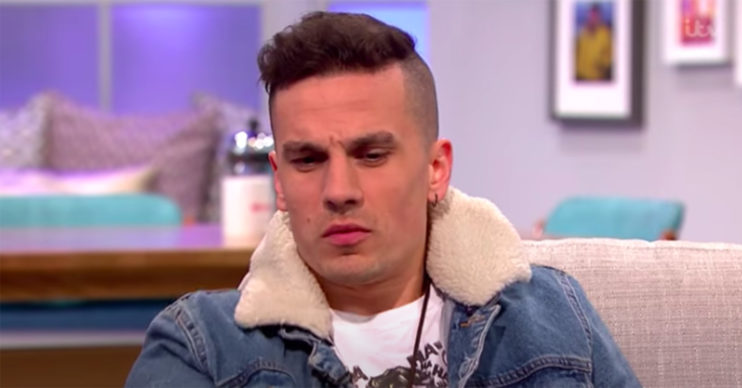 Actor Aaron Sidwell says he could easily earn nothing this year.

Former EastEnders actor Aaron Sidwell has expressed his financial fears for the year ahead.

The one time soap star, 31, has been unemployed throughout the coronavirus pandemic.

And the father-of-two says he worries getting new acting work will be extra difficult during these unprecedented times.

Taking to Twitter, he addressed his 29,500 followers over his financial woes.

Aaron tweeted: “Is hard to keep smiling when everything I’ve worked so hard to build for 13 years could be taken away because I had 3 successful financial years.

Many of the jobbing actor’s followers rushed to offer suggestions of help.

One suggested he apply for a charitable fund that has been set up to help out of work freelancers.

The user replied with: “You tried the fleabag fund? They’ve got another round of applications in July I think.”

Clearly intrigued by the suggestion, Aaron replied: “Thank you mate. I didn’t know about this!”

Other users simply offered their sympathy.

Is hard to keep smiling when everything I’ve worked so hard to build for 13 years could be taken away because I had 3 successful financial years. I could, quite seriously, earn £0 in 12 months. #SelfEmployed #FallenThroughTheCracks #FatherOfTwo #AlwaysPaidTax

One said: “Same, haven’t even been paid for the last contract earlier this year.

“And haven’t made it onto this financial support scheme. 11 years of climbing 2 of them working professionally.”

A further user lamented: “Same problem here. Not in the arts, but can’t claim anything. Zero.”

He urged: “As much as you’re enjoying all the free theatre, try to remember an awful lot of the country is getting 80% of their wages while an awful lot of freelance/self employed artists are getting nothing.

“Please, if you can, donate to theatres. Thank you.”

Indeed while many full-time employed workers have been put on furlough – freelancers have had it a lot worse.

On furlough workers are paid 80% of their earnings, but self-employed workers have to apply to a separate scheme.

And this freelancer scheme is set to end within days.

His character was killed off in 2018, and he went on to appear in several plays.

A method trained actor, he had already appeared in many plays prior to his EastEnders role.