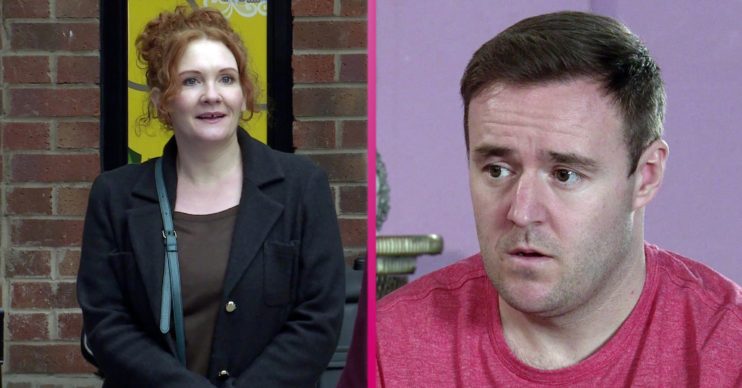 Fiz and Tyrone in Coronation Street: How old is Tyrone?

Tyrone and Fiz have been together for years

Fiz and Tyrone have been on and off in Coronation Street over the years. But when did they first get together and how old is Tyrone?

In tonight’s episode of Corrie (Monday, March 22) Fiz surprised Tyrone by telling him she had organised a Greek wedding.

Read more: Who plays Kat in Coronation Street? What else has the actress Melissa James been in?

However she didn’t get the reaction she hoped and Tyrone ended up confessing his feelings for Alina Pop.

Fiz was devastated, but is the end of the couple?

Fiz and Tyrone in Coronation Street: When did they first get together?

Tyrone made his first appearance in 1998. Meanwhile Fiz arrived on the cobbles in 2001 when she was fostered by Roy and Hayley Cropper.

In the early 2000s Tyrone was engaged to Maria Sutherland. However Fiz ended up leading him astray.

Maria and Tyrone didn’t end up getting married, but Fiz went on to date Maria’s brother Kirk.

Over the years, both Fiz and Tyrone married other people.

In 2009 Fiz married John Stape, who is the biological father of her daughter Hope. However John was a very troubled man.

Not only did he have an affair with his pupil Rosie Webster, he later wen ton to kidnap Rosie and was responsible for the deaths of three people. He died in 2011.

Meanwhile Tyrone married Molly Dobbs. But she had an affair with his best mate Kevin and fell pregnant with Kevin’s child.

Molly died in the 2010 tram crash and at her funeral, Tyrone discovered who Molly had an affair with.

Tyrone and Kirsty – getting back with Fiz

Kirsty began physically and emotionally abusing Tyrone. Not long into their relationship, Kirsty fell pregnant with Tyrone’s baby and in 2012 she gave birth to daughter Ruby.

Tyrone planned to propose to Kirsty so he could get custody of Ruby, as she left his name off the birth certificate.

Meanwhile, Tyrone and Fiz began seeing each other and she plotted to help him get away from his abusive partner.

At the wedding, Kirsty found out about Tyrone’s plan and him seeing Fiz and exposed their affair.

Soon Kirsty began telling everyone that Tyrone was the one abusing her after she fell down the stairs during an argument.

As Eileen Grimshaw and Julie Carp saw Kirsty at the bottom of the stairs, they believed she was telling the truth.

Tyrone was charged with domestic abuse. However Julie started to see the truth when Kirsty hit her during an argument.

Eventually after speaking to her mum, Kirsty ended up losing her temper with baby Ruby. Fearing she would hurt her child, Kirsty took her baby into court and told the truth – she was the one abusing Tyrone.

Kirsty went to prison for 12 months. Meanwhile Fiz and Tyrone began living together at 9 Coronation Street with their children.

Over the years Tyrone and Fiz seemed happy. But in 2018 the couple had an argument and Tyrone ended up sleeping with Gemma Winter.

Tyrone confessed his cheating to Fiz. Although she was heartbroken she eventually forgave him.

As Hope got older, they noticed her behaviour started to get worse.

After returning from a school with a behaviour unit in Birmingham, Fiz invited a tutor named Jade to come and live with them to homeschool Hope.

But it was later revealed Jade was actually Hope’s half-sister as she was John Stape’s other daughter.

Jade began trying to turn Hope against her mum and trying to take her away. After Fiz found out what Jade was really up to, she tried to stop her from seeing her daughter.

But Hope wanted to get to know her big sister. Eventually the little girl saw Jade for what she was really like and didn’t want to see her anymore.

Will Tyrone and Fiz be able to overcome what’s happened with Alina, or could this be the end of their relationship?