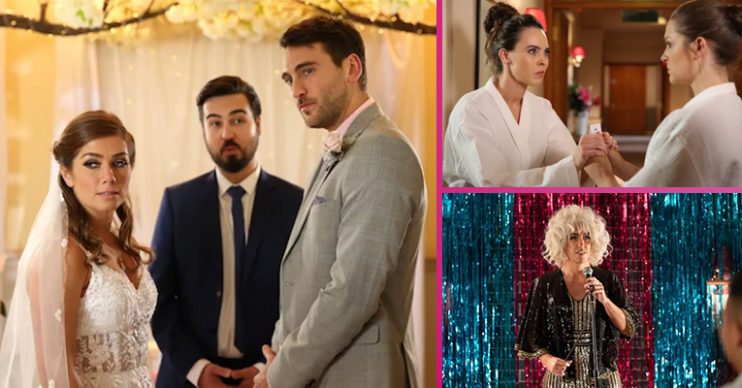 Sienna wants to take her twins back, Maxine’s wedding day brings drama, and Scott comes clean in next week’s Hollyoaks. 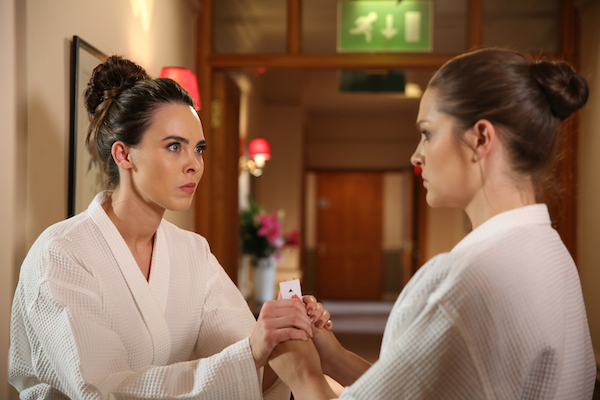 At the hotel for Maxine and Damon’s wedding, Sienna is preoccupied with her plan to snatch the twins.

Liberty desperately tries to talk her sister out of going through with the idea.

Will Sienna take the twins? 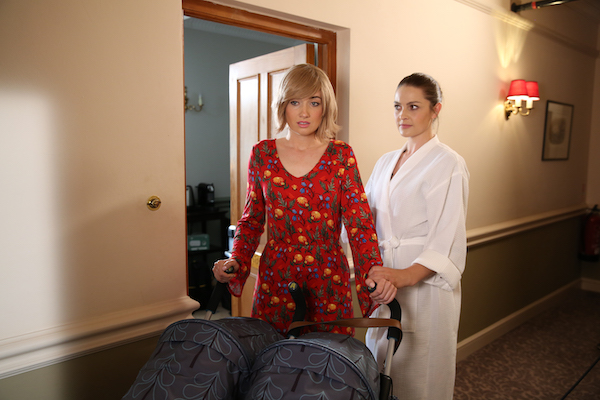 Sienna sees Nina and the twins and is determined to push ahead with her plan.

When Sienna realises Nina and the twins are leaving the hotel today, she’s forced to think quickly and come up with a plan b… 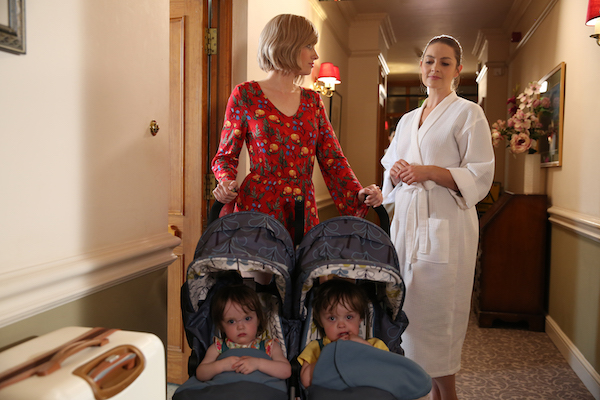 Sienna locks Nina in the laundry room and runs off with the twins.

Just as she’s about to leave, Sienna runs into Maxine, who is happily taking freebies from a hotel bathroom. 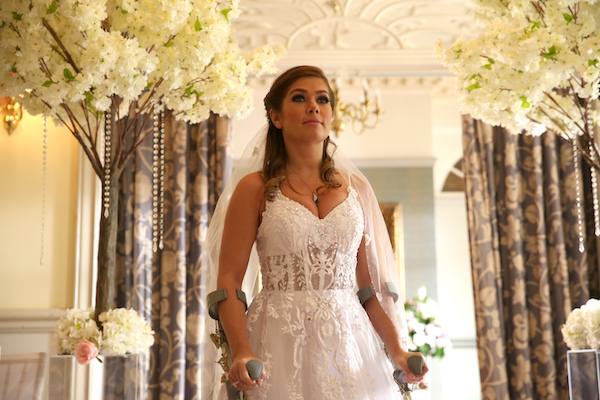 While Damon gushes to Brody he’s marrying to woman of his dreams, Sienna and Maxine try to reach a compromise after catching each other out.

Later, Maxine is beaming as she prepares to walk down the aisle to marry Damon. 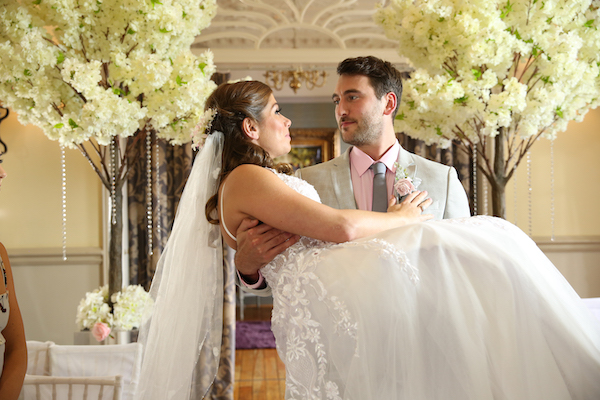 But disaster strikes when one of her crutches gets stuck in her dress.

Damon comes to her rescue and carries her down the aisle instead.

Will Maxine’s lies be exposed? 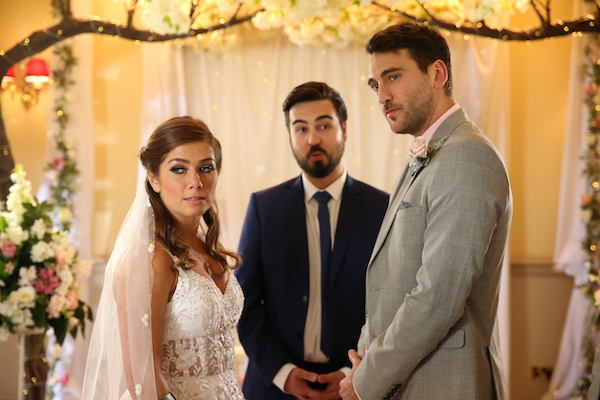 Will either of them expose her lies to Damon and the wedding guests? 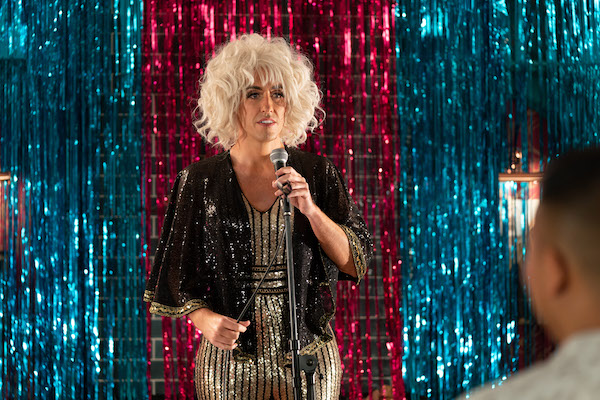 Scott is loved up with Levi and gushes about how happy he is to Sinead, but she insists he needs to come clean about Anita Tinkle.

Later on, Scott is performing and freezes when Levi walks in.

A panicking Scott tries to hide from his boyfriend. 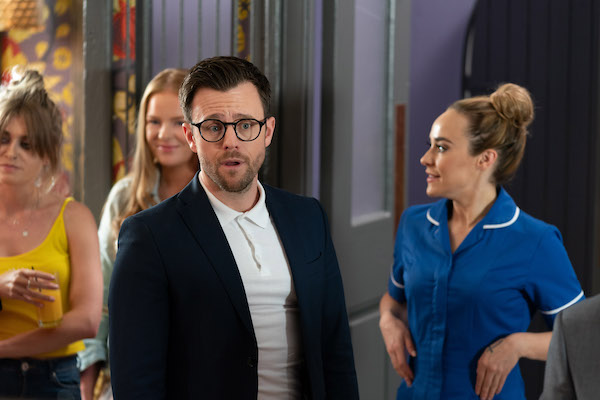 It’s too late though, Levi has seen him.

Scott realises the time has come to reveal the truth. How will Levi react?

The teens throw a party Ollie wants to buy festival tickets for him and Brooke.

Juliet comes up with a way to raise the cash they need – a ticketed party on the Love Boat. 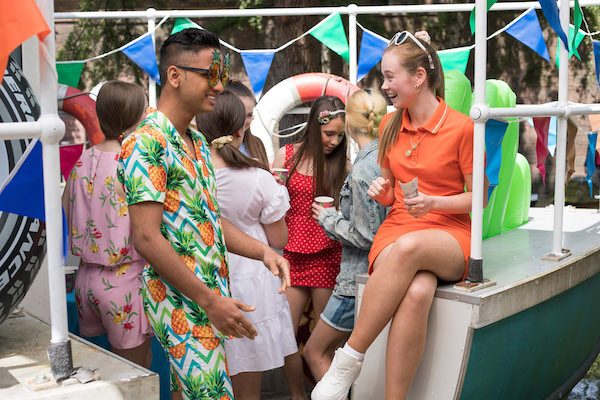 With the party in full swing, Marnie playfully puts a stop to their fun.

They’re all thrilled later when Imran presents Juliet and Ollie with free tickets his brother Sami got to a festival.

Which storyline are you looking forward to in Hollyoaks next week? Leave us a comment on our Facebook page @EntertainmentDailyFix and let us know what you think!