Maxine's web of lies starts to get tangled, Bobby is struggling, and a body is found in the folly in next week's Hollyoaks. 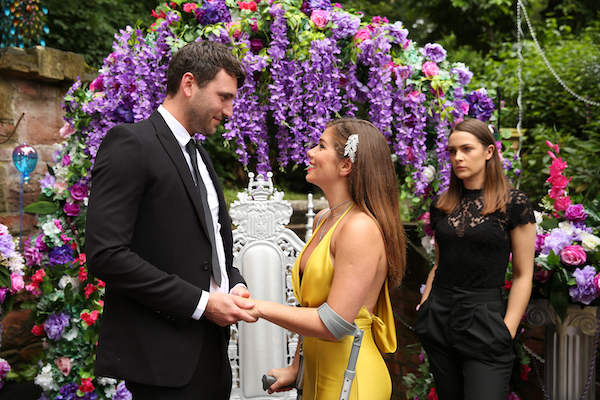 Maxine is back from her honeymoon. Sienna drags her to speak to Damon and tell him the truth.

But Maxine ends up telling Damon her tumour has grown.

He breaks down in tears and decides to make his wife feel as special as possible before she passes, so he suggests throwing a living funeral for her. 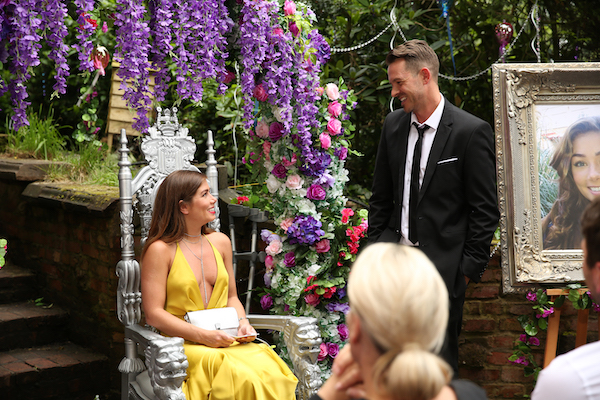 Damon tells Nancy and Grace that Maxine's tumour has grown.

He transfers money from the crowdfunding page in order to pay for the living funeral.

Maxine breaks down. She admits that she can't stop lying, she's addicted to it. 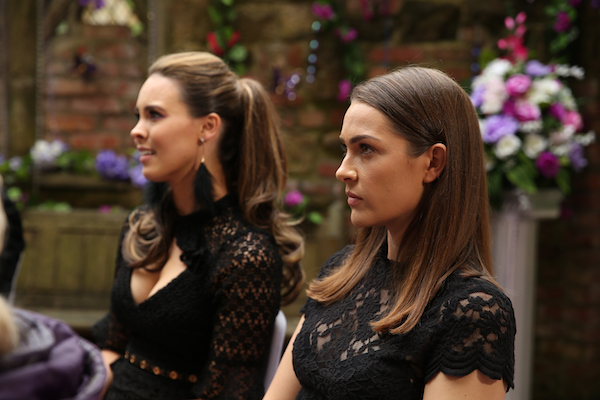 Maxine is excited for her living funeral, much to Sienna's anger.

Sienna tells her to use today as a chance to explain to everyone what's really been going on. 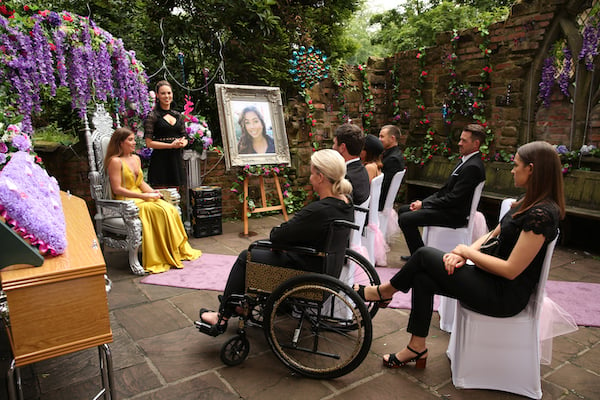 The living funeral is in full swing.

Maxine sits on a throne as Liberty sings a song for her and Grace, Nancy and Darren give speeches.

Maxine begins to talk, but will she confess all?

Bobby lashes out at Mercedes 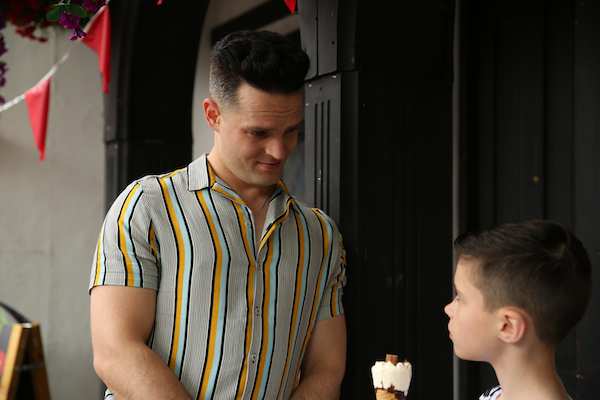 Liam buys Bobby an ice cream. What is he after? 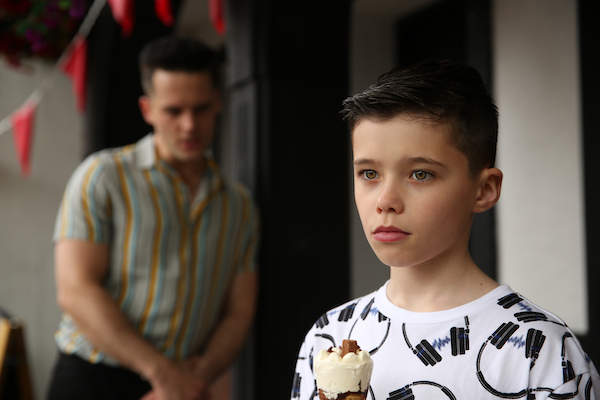 Sylver spends the day cheering up Bobby. When Mercedes comes home, Bobby lashes out at her.

He accuses his mum of not caring about their family. 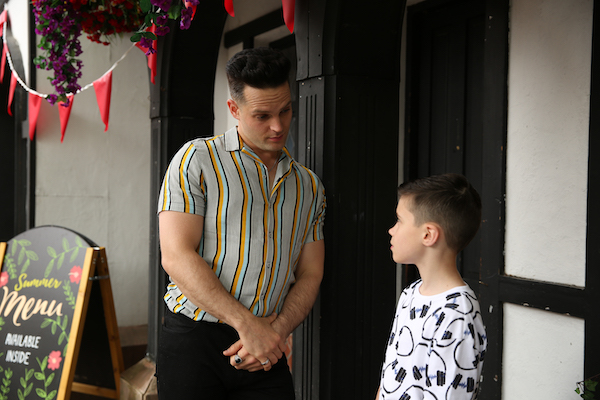 Sylver is doing some housework for Grace, and offers to be her personal trainer.

Sylver is worried about Bobby because he wet the bed the night before. Misbah overhears and offers to talk to him. 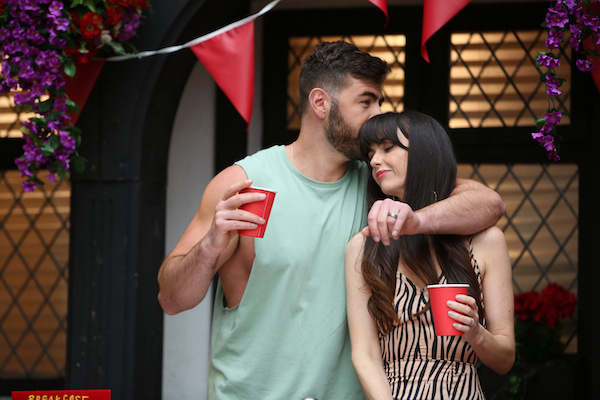 Misbah is talking to Bobby and wants to know what the matter is. He tells Misbah that he thinks his mum is going to leave him again.

Mercedes is heartbroken when she overhears. Sylver comforts her.

Will Goldie and Joel get caught out? 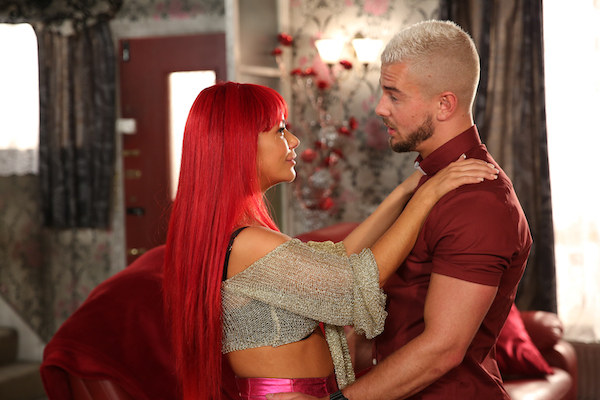 Goldie leaves a half-naked sleeping Joel at her house as she goes to work.

Jack finds a body in the folly 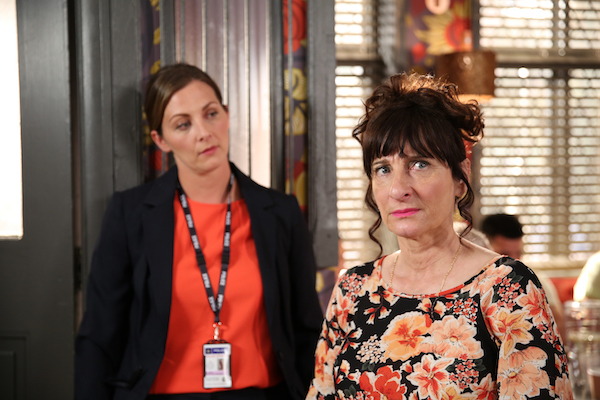 Jack is fishing in the folly and, to Goldie's horror, he pulls up a dead body...

Breda is freaking out as Jack tells her the police will be able to extract finger prints and find the killer. Is it one of her victims?

Either way, it doesn't stop her contemplating killing again...

She's unimpressed with Darren being a bad dad to Oscar and Charlie by dumping them at camp all the time and turning up late.

Breda begs God to give her a sign as to whether she should continue her mission after how close she's come to being caught.

What are you looking forward to in next week's Hollyoaks? Leave us a comment on our Facebook page @EntertainmentDailyFix and let us know what you think!