Paddy and Chas reach breaking point, the con is on with Clive and Frank and Robert and Nicola join forces in Emmerdale next week... 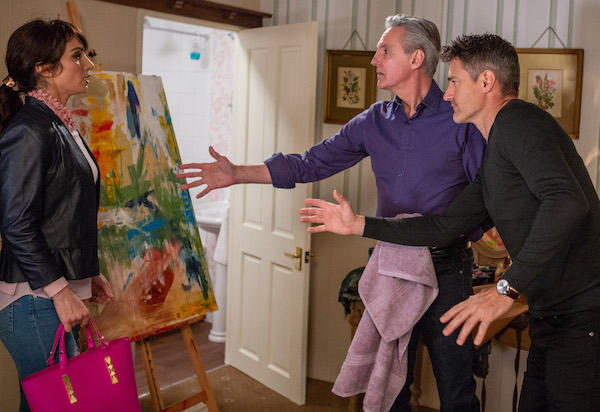 Leyla's suspicions are aroused when Clive books a room at the B&B but heads off without his phone.

But she soon demands answers after spying her love and Frank sneaking art supplies into the building. 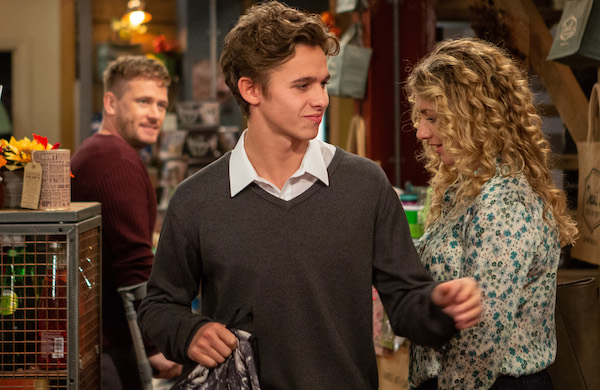 Despite Maya’s attempts to reason with him, jealous Jacob later lashes out as he sees her kissing David.

In an attempt to save face, the teen tells them he has a romantic interest of his own - and it has been getting serious. 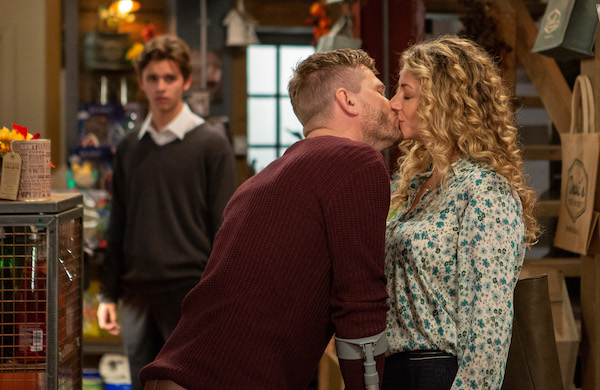 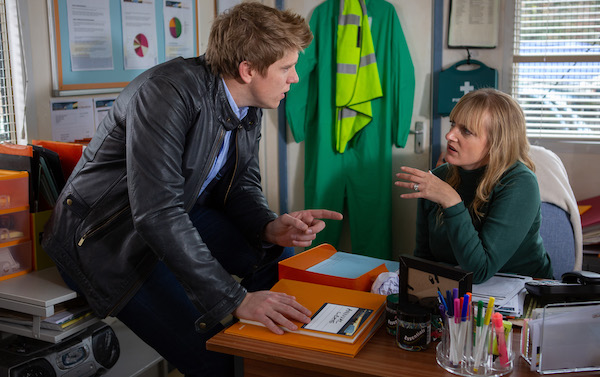 With Jimmy away on a job, busy Nicola is struggling to look after Angelica.

However, when Robert steps in to help with child care the pair hatch a plan to solve both of their money worries. 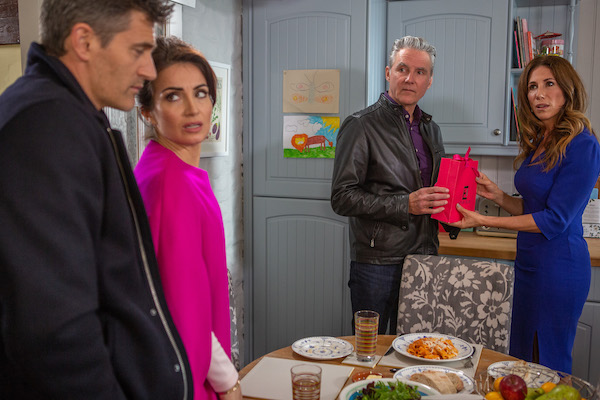 Clive and Frank get an unexpected response from Leyla that could scupper their racket.

After she gives Frank an ultimatum, will he pull out? 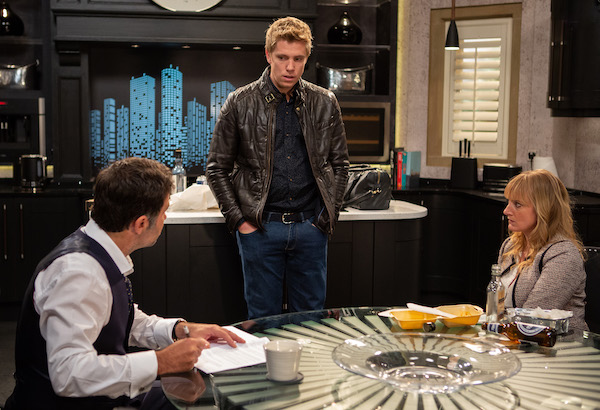 Putting their plan into action, Nicola and Robert let themselves into Home Farm. 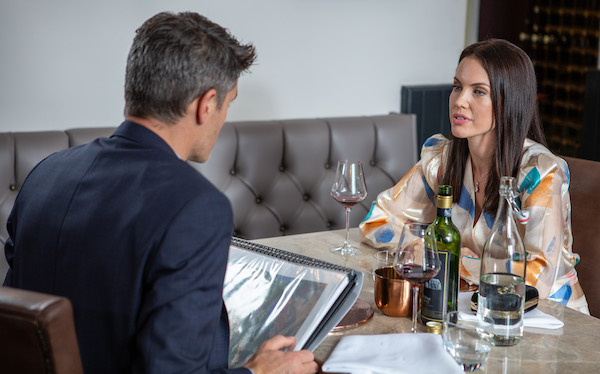 The chances of Clive's con coming off are looking shakier and shakier.

With Leyla being a cause for concern and Frank panicking, what will happen when buyer Eleanor turns up? 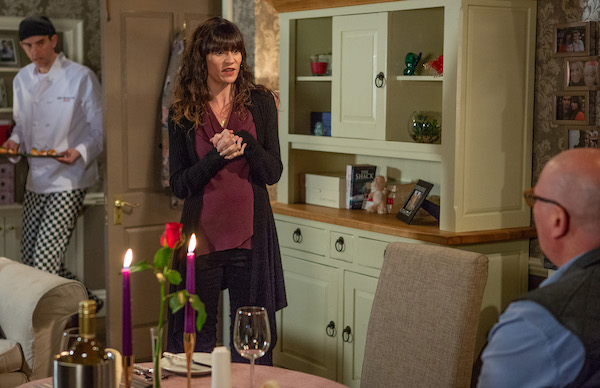 Marlon assures Paddy the distance opening up between him and Chas will all work out in the end.

However, a surprise meal does not have the desired effect and the fallout spills out into the bar. 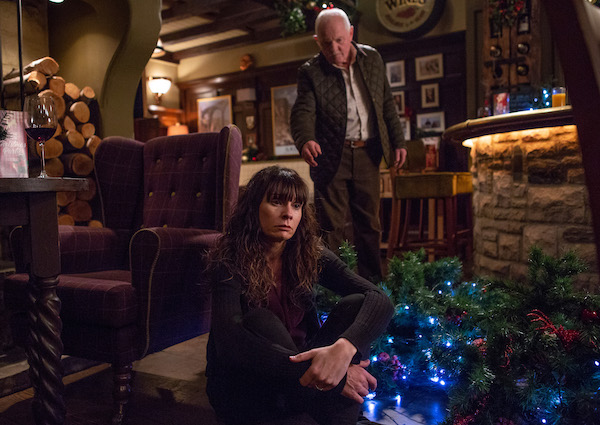 A distraught Chas then destroys the pub’s decorations as she breaks down.

While Marlon consoles a devastated Paddy, Eric tenderly attempts to support Chas as he reflects on the tragedies from his own life. 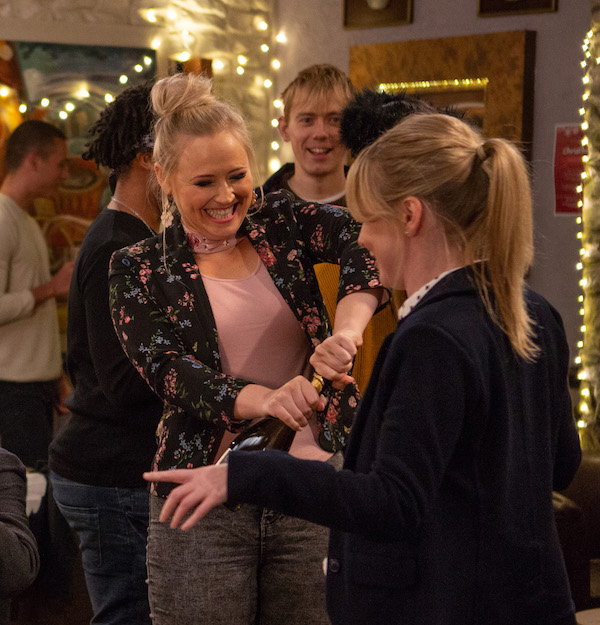 Tracy celebrates after coming up with a business plan for the cafe in the evening.

But should she have kept the bubbly on ice a little bit longer?