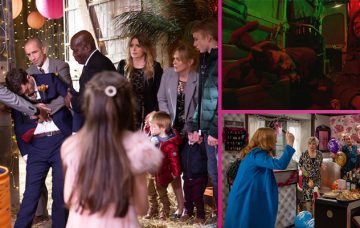 Christmas time in Emmerdale next week will see Marlon battle the odds to make it to his own secret wedding to Jessie, Bob hit rock bottom and Bernice lose it over a big, big birthday… 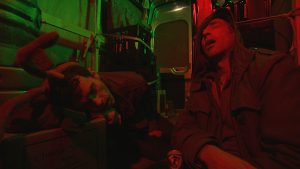 Sozzled pair Sam and Marlon are chucked out of the Woolpack after being caught drinking from the taps.

But after they snooze off in a truck containing the pub’s booze delivery, where will they end up? 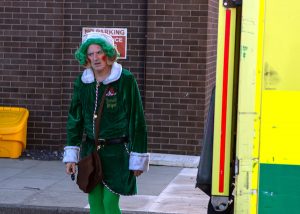 Poor Bob owes money all over the place and can’t afford presents for the kids.

Will he sink so low to end up thieving charity gifts from the hospital? 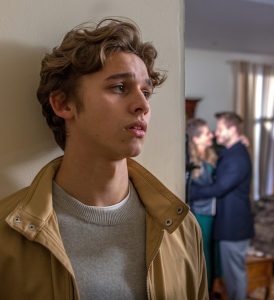 Stealing some private time away from Christmas dinner, Jacob gives Maya a present and a kiss.

However, they’re soon interrupted by David who also has some affection to offer her as Jacob hides away. 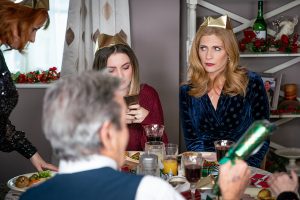 Sisters are at war as the rift between Nicola and Bernice widens.

Sadly, Rodney’s attempts at uniting them over a joint dinner fall apart when it is clear there isn’t enough to go round. 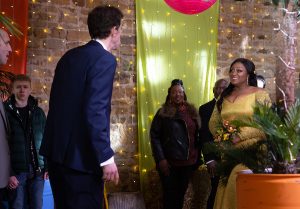 Having woken up in the back of a delivery van in the middle of nowhere, Sam sees the funny side until Marlon tells him his surprise wedding is due to happen in mere hours.

But what Marlon doesn’t know is that it is actually his big day, with Jessie worrying as her plans fall apart. 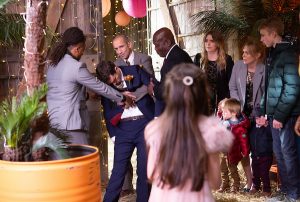 As the guests arrive, they are shocked to discover Jessie in a wedding dress.

But the biggest shock is saved for Marlon – he faints after realising the truth! 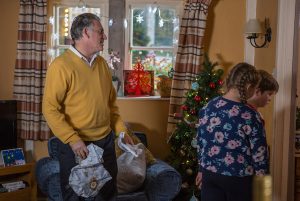 Bob eventually pawns his watch to buy himself some breathing space and gifts for the kids.

But when they’re left disappointed by their presents, how will Bob escape his mounting debts? 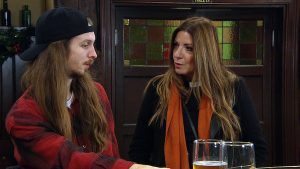 Will Ryan be able to help her find her? 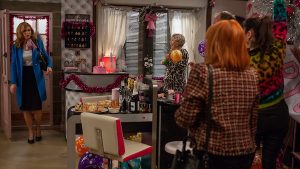 Bernice is in denial about her age.

She loses it when she thinks Diane has revealed she will be 50 to Liam. 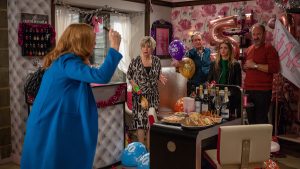 Seeing the salon strewn in 50th birthday decorations pushes her over the edge.

Furiously she pops all the balloons giving away how many years she has racked up.