There's romance in the air in next week's EastEnders as teen lovebirds Keegan and Tiffany elope to Scotland, while Pam Coker makes a welcome return, and Mel lets Keanu and Sharon know who is boss... 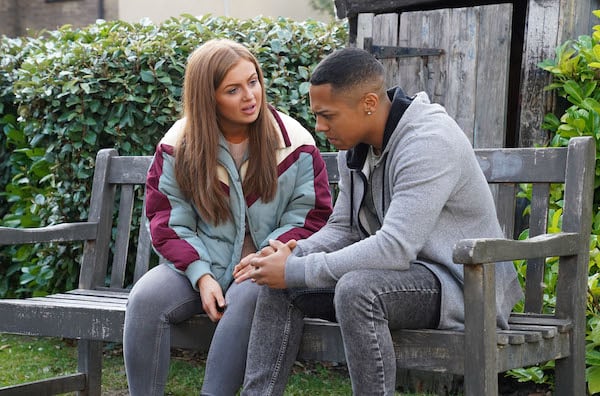 Keegan's week gets off to a bad start when he asks Ian for a job, but Ian winds him up and the pair come to blows, leaving Keegan in big trouble.

Fed up of everyone being against them, Tiffany suggests they get away from Walford together and elope.

Tiffany does some research and the pair realise they can get married much quicker if they go to Scotland. 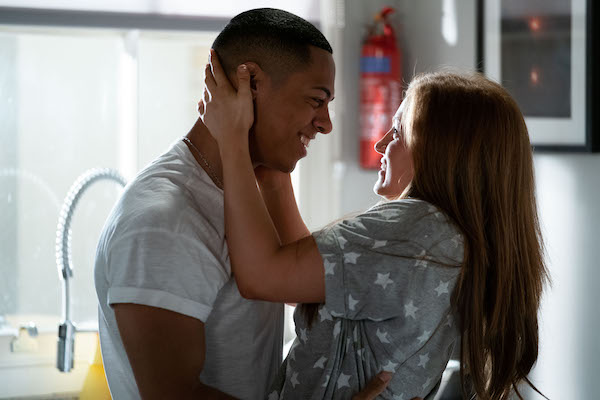 When Tiffany gets a phone call from the registry office telling her there is a cancellation, she takes it.

The only problem is the appointment is for later that day! 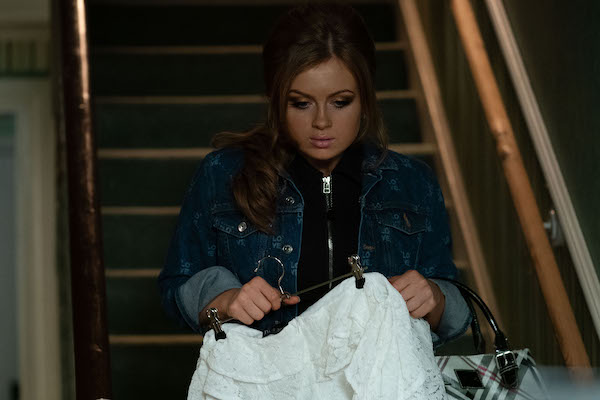 After asking Bailey and Bernadette to come with them to Scotland, Tiffany does her hair and make up before sneaking out of the house with a white dress. 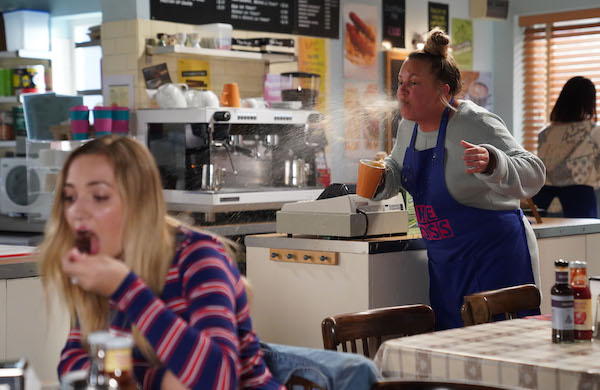 Later Karen learns from Louise that Keegan and Tiffany are eloping, leaving her stunned. 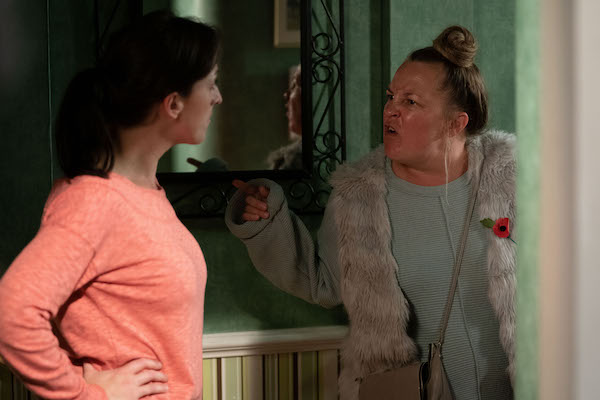 Karen blames Sonia and the pair come to blows, but before long they team up with Chantelle, Mitch, Whitney and Jack and chase the future Mr and Mrs Baker to Scotland.

But will they manage to get to the registry office in time and put a stop to the wedding before it's too late? 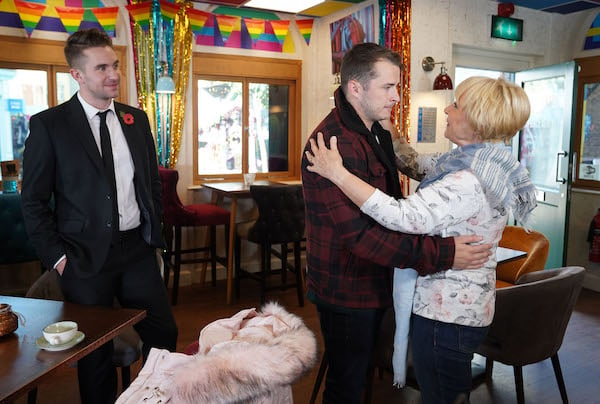 Pam Coker returns to Walford and Ben is thrilled to see her.

He introduces Callum to Pam, but it's all a bit awkward with Pam being Paul's nan, and he plays down who Callum really is, leaving him hurt. 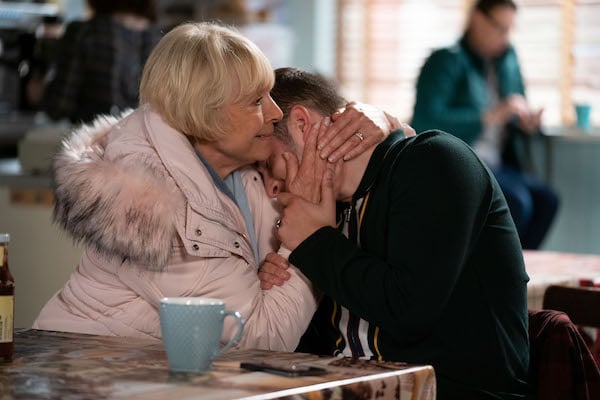 Pam and Ben have a heart-to-heart and she tells him that Paul would want him to be happy. Struck by her words, Ben makes a huge gesture to Callum... but what has he got planned? 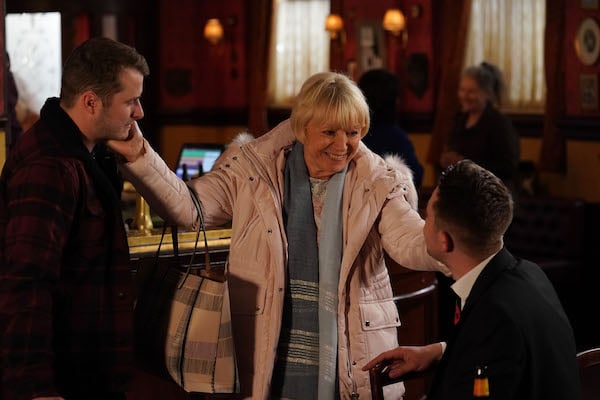 Pam encourages Ben and Callum to make things work between them, giving the pair her blessing. 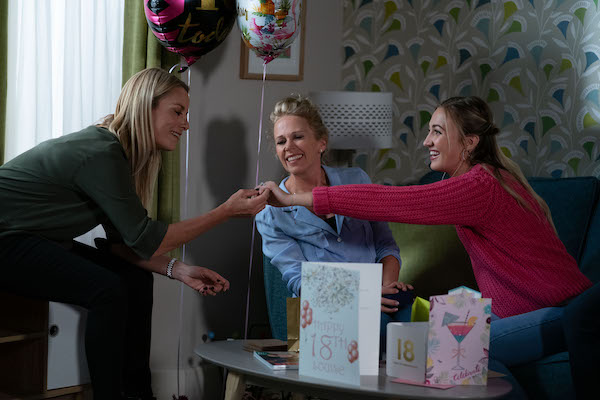 Keanu is worried when Mel hints that she knows he is the father of Sharon's baby, forcing him to hide his panic in front of Louise and Lisa.

Meanwhile it's Louise's birthday and while Mel continues to provoke Keanu, Lisa is suspicious when Mel gives Louise an extravagant gift. 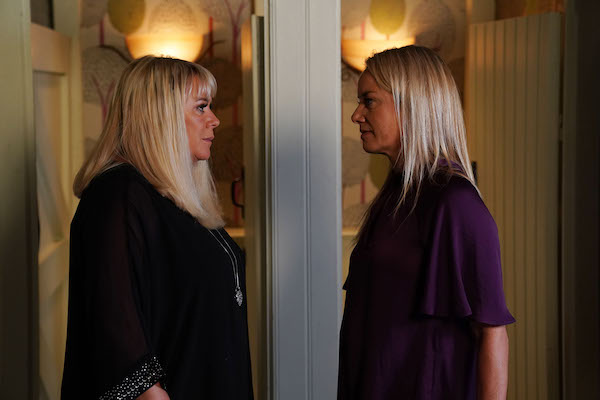 Fed up with Mel's mind games, Sharon confronts her. But she's left stunned by Mel's sheer determination for revenge.

Later, after Ruby buys the club, Mel announces she is hosting a huge party for Sharon and Louise and she wants the whole Square there. What is she planning?