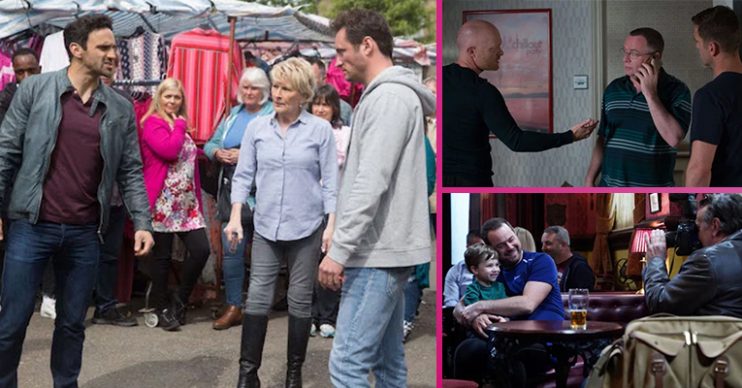 Honey plans on popping the question!

Mick is desperate to help his son, Mitch winds up Gray at the Walford 10K, and Honey plans on proposing to Adam, in next week’s EastEnders.

Mick has a plan 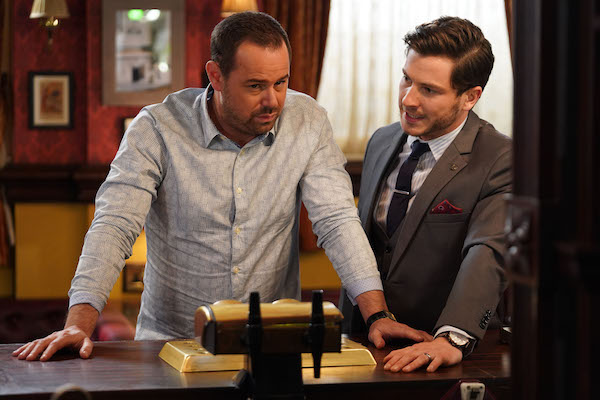 Gray, Mick and Chantelle gear up to run the Walford 10K to raise money for charity, with Gray charming residents into signing up.

Mick reveals his plan to Linda to raise money for a private assessment for Ollie, but doesn’t get the reaction he hoped for.

Gray antagonises Mitch into signing up for the Charity run and Chantelle suggests they need some publicity so calls a local journalist.

Later, Whitney opens up to Chantelle about Callum’s lack of interest in the wedding and while Chantelle is quick to reassure her, she ends up missing a call from the journalist. 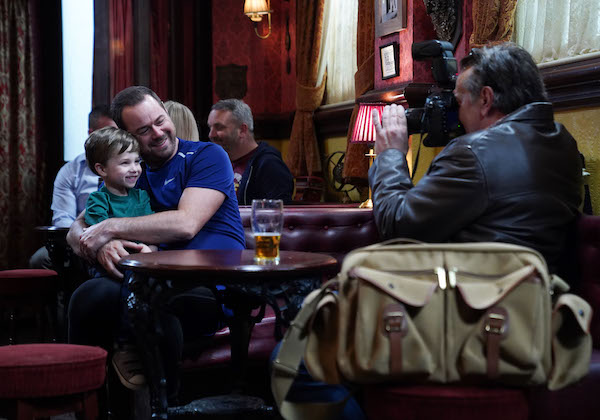 Having missed the opportunity with the journalist, Chantelle breaks the news to Mick. Shirley saves the day with a photographer friend.

As everyone gathers for the photo, things don’t go to plan and Linda is upset. 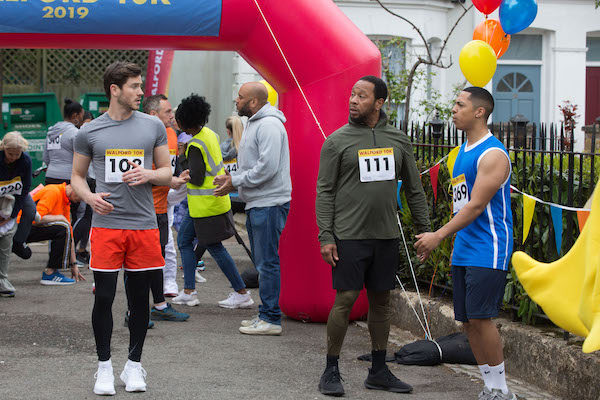 It’s race day and at The Vic Mick tells Linda he’s booked a private appointment for Ollie. Despite her surprise, Linda reassures Mick, who’s desperate to help his son.

The competition heats up between Mitch and Gray. Linda announces a special offer at The Vic for all medal holders.

There’s a surprise winner in the 10K 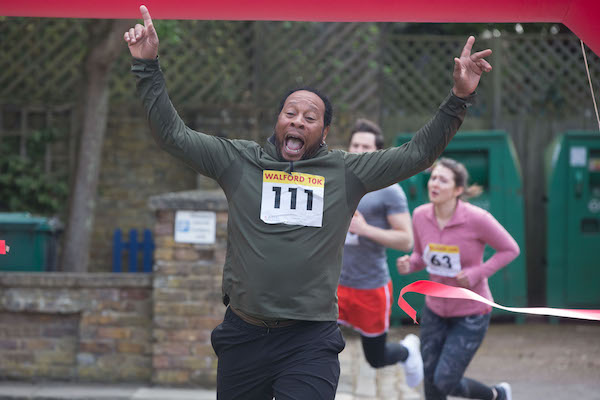 There’s a surprise winner as Mitch speeds past Gray and Bex.

Later, Mitch eventually admits he cheated and as everyone laughs, Gray is annoyed at Mitch and leaves the celebrations.

Will the pair ever see eye to eye? 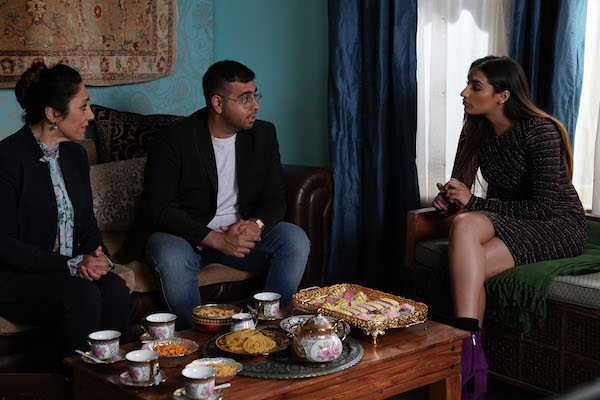 Mariam is nervous as she prepares to meet Habiba’s potential partner and despite realising they have similar interests, it’s not a match.

Later, Adam admits seeing Habiba with another man made him jealous and he agrees to end things with Honey.

Meanwhile, Honey is excited by the ideas for the new flat and when Linda suggests wedding bells could in the air, Honey is on cloud nine.

As Honey talks to Whitney about weddings she realises she’s lost the shop keys. 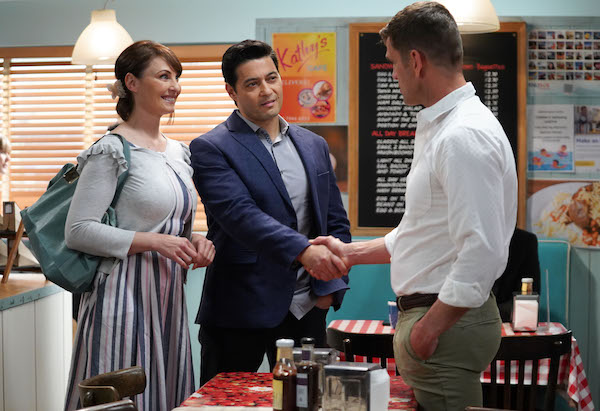 Stacey suggests she looks at the CCTV, leading Honey to call Adam for help, unaware he’s in bed with Habiba.

After a close call Billy saves the day. When Honey reveals to Billy that she plans to ask Adam to marry her, he’s heartbroken.

Later, Honey gets a huge shock… 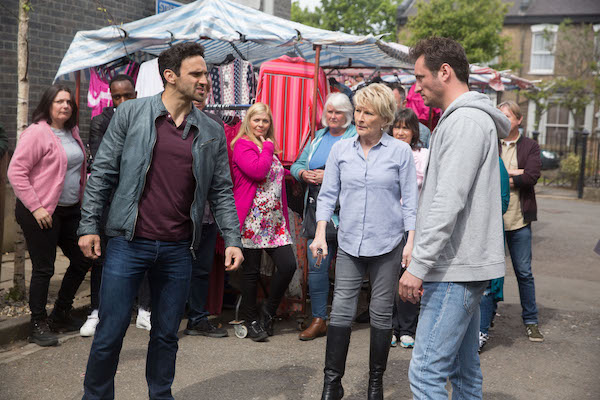 Tensions escalate between Kush and Martin who continue to snipe at each other. Shirley suggests they settle things in a boxing ring.

As everyone on the market makes a make-shift ring, Martin and Kush prepare to go head to head.

However, Kush spots some boys stealing Martin’s money belt and chases them with Martin in tow.

Kush retrieves the belt and he and Martin have a heart to heart, agreeing to put everything behind them. 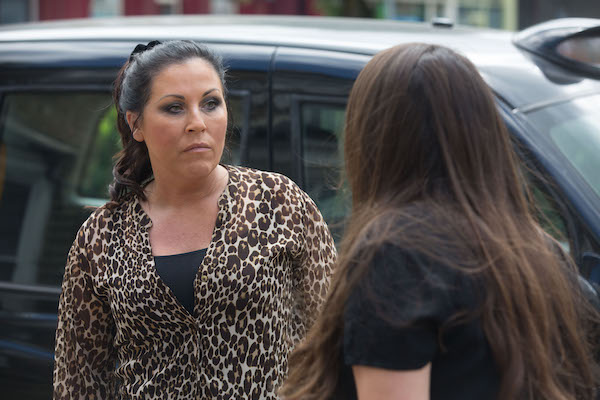 Kat attempts to patch things up with Stacey, but when she asks for the money back, Stacey sees red. With the two at loggerheads, Stacey makes a drastic decision.

Mo ropes Jean into her plan to reunite Kat and Stacey but it ends in disaster when after a day together, Jean and Stacey end up at the Prince Albert where Kat is.

With Kat and Stacey refusing to back down, Mo goes to shocking lengths to make them see sense.

Ian finds out Rainie and Abi are gone 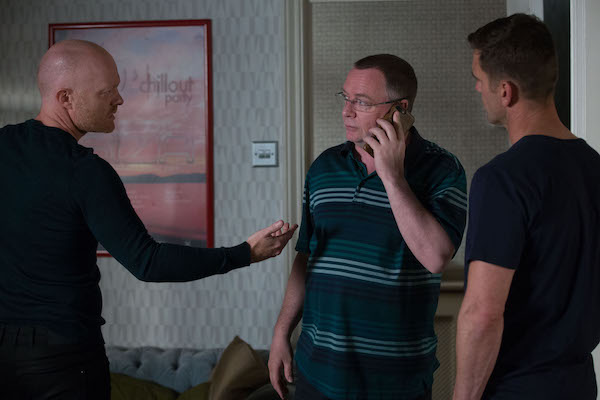 When Ian learns Rainie has disappeared with Abi, he is adamant they call the police. Fed up of Max and Jack’s excuses, Ian calls Rainie making things worse.

Feeling helpless, Max prepares to set off and find Rainie, but Jack persuades him it will be impossible.

Later at Walford East, Ian apologises for being rash but receives a text from Rainie wanting to meet at Joanna’s cafe the following day. 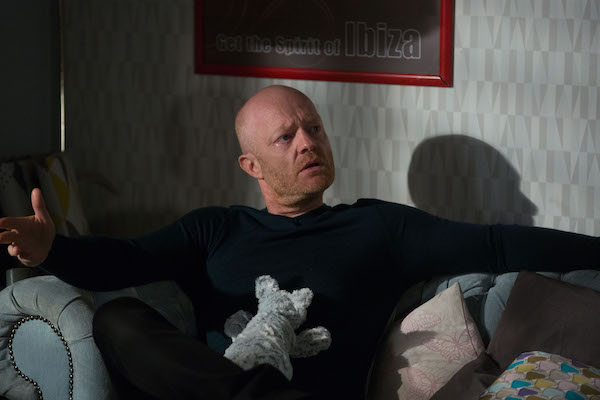 Max suggests to Ian they meet Rainie without Jack, keen to prioritise Abi, and as they sit and wait they are stunned when Stuart arrives.

Meanwhile, Rainie sneaks into the Brannings’ to get Abi’s toy but Jack catches her red handed. Rainie resorts to desperate lengths to flee.

At the cafe, Stuart reassures Ian and Max, saying that Rainie has gone on holiday for a break and will be back soon.