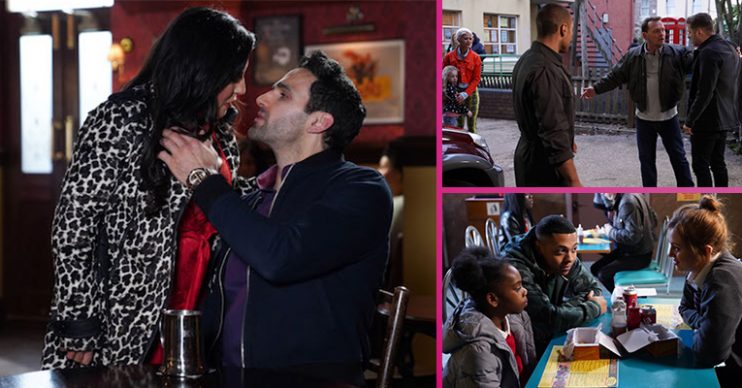 Lola is fed up!

Lola reveals Ben’s plan to Billy, Mitch struggles with losing Dinah, and Kush is in the middle of a love triangle in next week’s EastEnders. 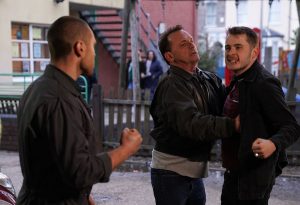 Keanu faces Ben’s wrath. The two come to blows leaving Billy and Lola to break up the fight.

Lola’s day gets worse when she finds her fiancé Ewan with Billy and Lexi. He reveals he’s come to take them home. 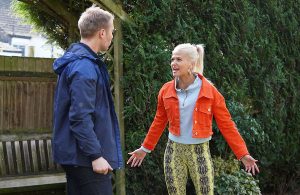 As Lola fumes, Ewan explains that Ben threatened his life and warns her that he’s dangerous. Billy and Lola are having none of it and demand Ewan leaves.

When Lola confronts Ben about the accusations, his reaction confirms Lola’s fears and she warns him never to do that again.

Later on, Lola drowns her sorrows at the E20 and after a call from a worried Mel, Billy shows up to check on her. Lola confesses all about Ben’s plan to bring down Phil. 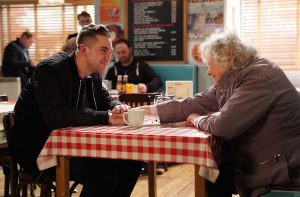 Ben and Jay get the car lot up and running and when Whitney asks about a job, Jay agrees to meet Callum for an interview.

Later on, Jay is impressed when Callum steps in to help a customer at the funeral parlour.

Rainie offers Jay her services at the car lot. However, she is left furious when he dismisses her. 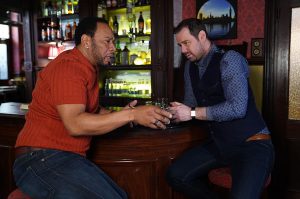 Mick finds himself in a dilemma when he and Linda plan some alone time, but he sees Mitch looking upset.

As Linda gets ready for her night with Mick, Mitch opens up to Mick downstairs, who feels bad leaving him alone.

Mitch ends up drinking a bit too much. Upstairs, Mick and Linda help Mitch sober up and he is touched when they let him stay.

One romance starts as another ends 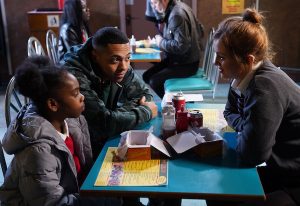 Tiffany sees Keegan struggling with everything going on and offers her support. Together they do their best to help Bailey, and later they share a kiss.

Bernadette is heartbroken when Tiffany admits she’s going on a date with Keegan, leading Bernie to reveal Brooke has broken up with her.

Tiffany feels bad to see Bernadette upset so goes behind her back to meet Brooke and quiz her about why she dumped her best mate.

Kush caught between Bex and Kat 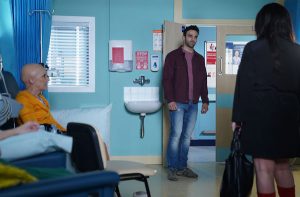 It’s the anniversary of Shakil’s death and as Bex and Kush reminisce at Shakil’s grave, she tells Kush she loves him.

He rejects her and she runs off. Meanwhile, Kat is upset when he ignores her messages.

The next day Kat avoids Kush and goes with Jean to her appointment, but is stunned when he shows up and apologises for ignoring her.

After giving him the cold shoulder, Kat eventually comes round and Kush opens up about losing Shakil. 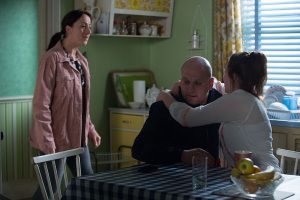 Louise is taken back to hear that Bex’s crush is Kush. Bex opens up to her best friend.

Later, with Kush on her mind, Bex struggles to focus on her practice exam leading Stuart to step in and help. As Bex sobs in his arms, Sonia walks in. 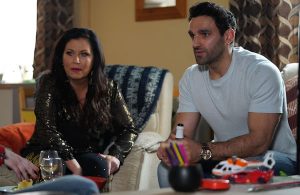 After Kat brings Arthur round for some quality time, Kush decides he wants joint custody. Kat panics when she realises he’s serious.

When Kush invites Stacey and Martin over to discuss it, Kat seeks Mo’s help in bringing an early end to the night.

When Martin and Stacey arrive, Kush tries to raise the issue. 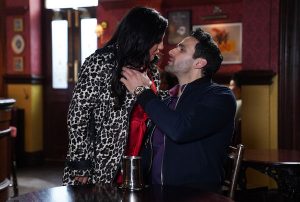 Kat is touched when Kush tells her he wants to go public with their relationship. As Kush waits for Kat at The Vic, Bex plucks up the courage to apologise to him.

Kat surprises Kush and the rest of The Vic with a passionate kiss. How will everyone react?

Mel is out for revenge 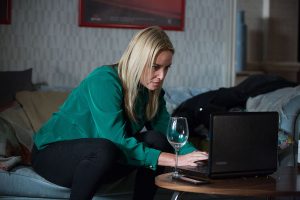 Jack asks Mel to watch the kids whilst he goes on a date with Denise, but she uses it to her advantage to help with her revenge plan.

As Jack leaves, Mel scans his laptop for information, however she’s caught red-handed by Max.

Mel tries to cover her tracks with Max but when he suggests a nightcap she realises she can’t close down the files she was looking at.

Things grow more awkward when Denise and Jack arrive back and join in with the drinking.