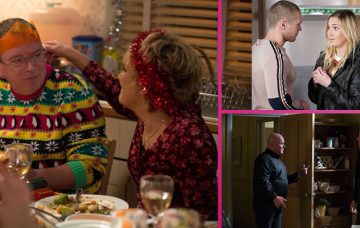 What does Ray want from Phil?

Next week in Walford sees a new arrival, a mistaken Karen lay into Kandice and Mitch, and a Slater family truth revealed on Christmas Day… 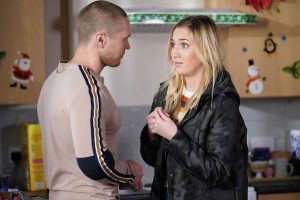 Louise gets the wrong end of the stick when Keanu buys Sharon a present in the belief she is returning home.

Assuming the gift is for her, she leaves it untouched. 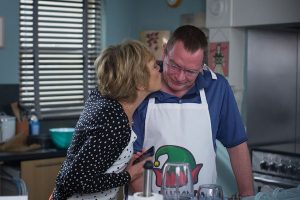 Jean and Ian share a tender moment as they cook together.

But how will Stacey react after Hayley drops them in it about their budding relationship? 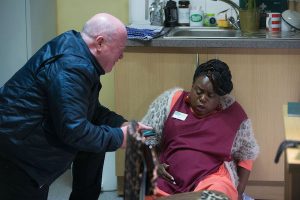 A quick trip to Minute Mart turns into a saga after Phil and Kim ended up locked in the store room together.

And matters swiftly go from bad to worse when Walford’s hard man is called upon to be midwife after Kim goes into labour! 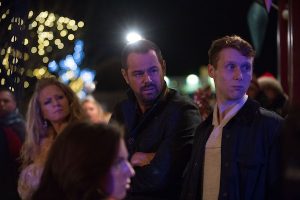 Meanwhile, the residents of Albert Square have assembled for the first day of the Christmas Carol Concert.

But as an ambulance arrives, will Kim and her baby be fine and well after the unexpected birth? 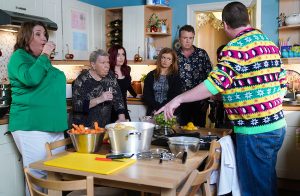 Christmas Day starts well for the Slaters as Alfie makes every effort to make it a special day and Ian joins the family for a slap up dinner.

Ian also offers to cook the whole meal – but the rest don’t seem so sure he should be in charge. 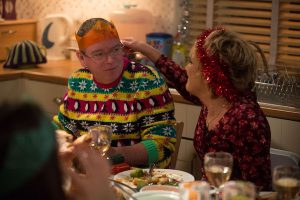 But just as everyone seems to be getting on, Alfie is dealt a blow when a secret is revealed to him.

Did you really expect Christmas to go off without a hitch in Walford? 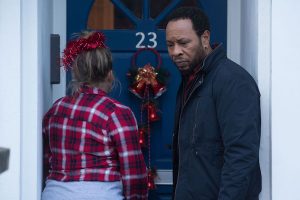 Karen prepares to host a Boxing Day family meal with Kandice – but is stunned when Mitch turns up.

It isn’t long before Mitch and Kandice are on their way. 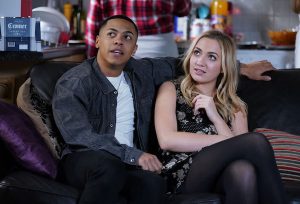 Keegan tries to make up with Louise and invites her over for the Boxing Day do.

Before long she tries to kiss Keanu – but will he kiss her back? 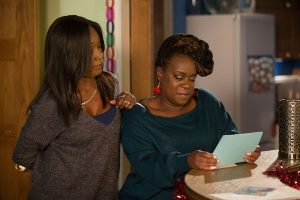 Kim is delighted to get back to the Square with her baby – but is she putting on a front?

A concerned Denise worries Kim is struggling without Vincent. 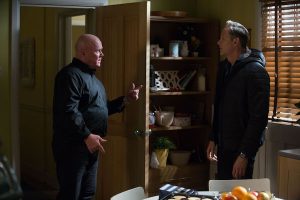 Phil is shook up when Ray makes a surprising request.

As the tension rises, Phil is left on the back foot as Ray’s request becomes a worrying ultimatum.

– EastEnders airs on BBC One every weekday evening during Christmas week!