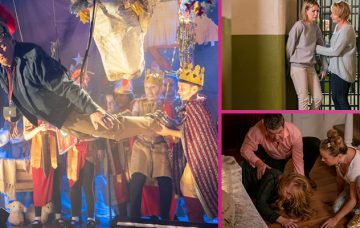 In next week’s episodes of Coronation Street, Jenny takes a tumble, Tim risks his life during a drunken escapade and Brian becomes the star of his own show… 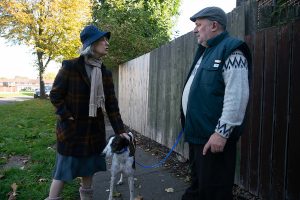 Evelyn and Roy escape with a warning from the police after a night searching for Cerberus.

But when she thinks she spots her dog being walked by somebody else, Tyrone’s nan is given short shrift. 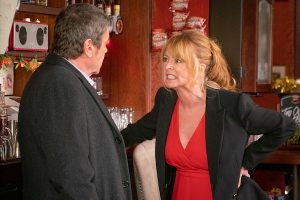 Paranoid Jenny springs into action with her mobile phone tracking app after Johnny heads out for a meeting and Liz vanishes.

Has she caught them at it after the app reveals Johnny and Liz are in the same car together? 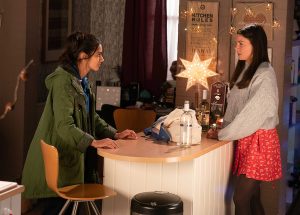 Kate and Rana have a blazing row after Rana admits she doesn’t want a baby at all.

Fuelled by booze, an emotional Kate seduces Adam in another crazy tactic to become pregnant. 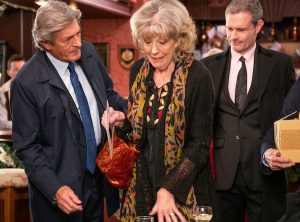 A staggered Audrey returns from Archie’s funeral and reveals her old pal had been very generous to her in his will.

The now-dead undertaker bequeathed her a whopping £80,000. 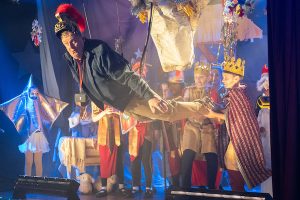 Sent home, exhausted, during the final rehearsal for the nativity, Brian decides to drown his sorrows in the Rovers instead.

But after a few drinks too many, Brian decides he has every right to watch the show and drunkenly sneaks back in… 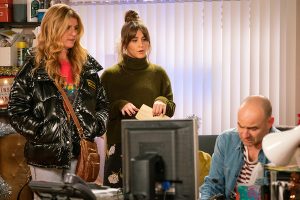 Bewildered Sophie is presented with a bill running into thousands of pounds by Paula – and she won’t consider an appeal for Sally.

But how will Tim react to a suggestion he should sell up with Street Cars to pay it off? 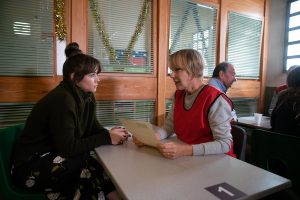 Sophie tells Sally that Tim refuses to sell up and stump up.

When she later warns him that lawyers will come after their house, Sophie is shocked to discover he has already put Number 4 up for sale. 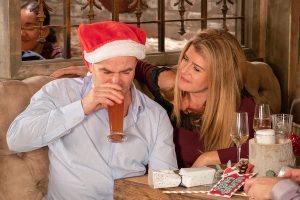 Tim hits booze hard during the Street Cars Christmas party at the Bistro.

Angrily declaring it is time he has his fun like his ‘cheating’ wife, an intrigued Gina listens in. 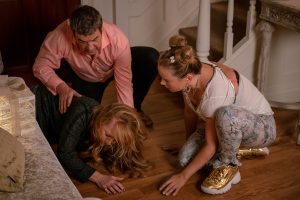 With Liz causing arguments yet again, Johnny and Jenny have a blazing row.

And after a lapse in concentration, he is consumed with guilt after her footing slips and Jenny tumbles down the stairs. 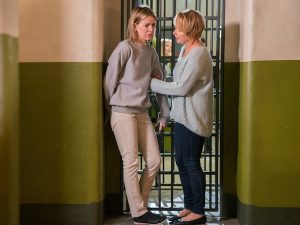 Down and depressed, Abi is offered drugs to lift her mood by the prison dealer.

Luckily, Sally is on hand to step in and drag her away.

The Repair Shop: Woman with ceramic bowl breaks down praising her late sister

Strictly’s Caroline Quentin: Who is she and why is she taking part?

The Repair Shop: Woman with ceramic bowl breaks down praising her late sister

Strictly: Who is Bill Bailey and why is he taking part?