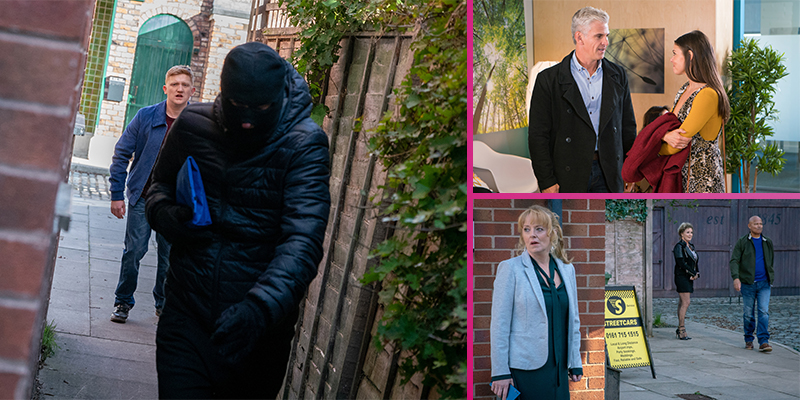 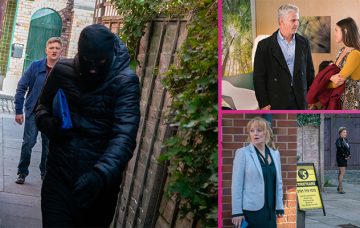 Will Chesney step up to help Sinead?

Chesney is forced to take drastic action to help Sinead, Toyah and Leanne are at odds over their men, and Michelle’s suspicions are piqued in next week’s Coronation Street. 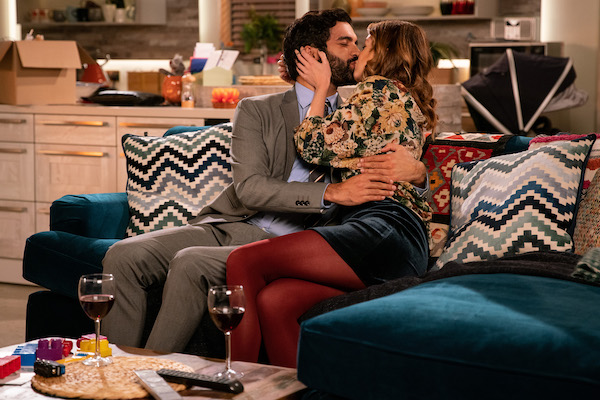 Toyah is furious when she finds out Nick’s planning to move into the flat with her and Leanne, so she brings Imran back for a glass of wine and things soon get passionate. 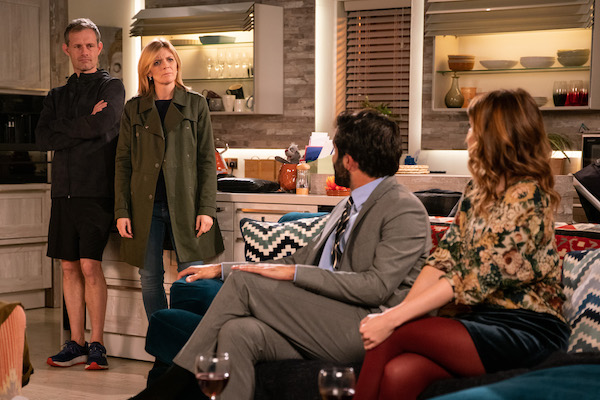 Nick and Leanne arrive home while Toyah and Imran are mid-smooch. Toyah shocks them even further when she reveals Imran’s moving in with them all too. 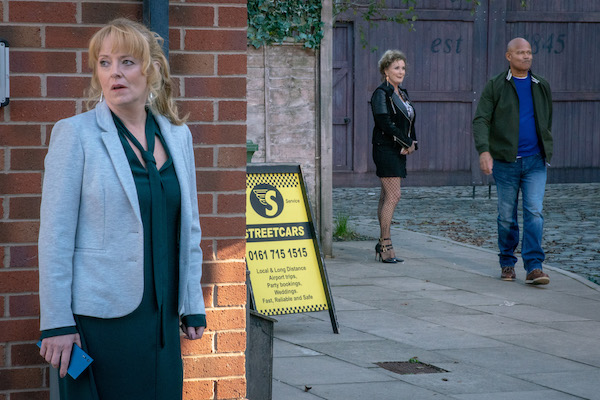 Liz wants to slip away from work for an hour and Jenny’s suspicious she’s meeting Johnny. But Liz is meeting Mike, an old flame who she agrees to have dinner with.

Jenny uses the tracker app on her phone to follow Liz and is pleased to see her with Mike. When Liz later fakes illness to go out with Mike instead of Eileen, Jenny starts to meddle and sends Eileen to the Bistro to catch Liz out. 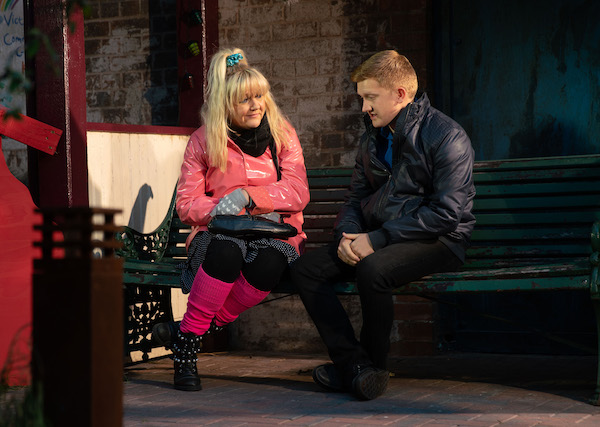 After Sinead discovers her cancer’s spread, Beth is determined to get the money for a specialist cancer clinic in Germany.

She considers thieving it from the factory, but then convinces Chesney to fake a mugging and steal the takings from the kebab shop. Chesney is torn over Beth’s plan, but decides to go through with it when he finds a distraught Sinead who’s discovered Steff has died.

Collecting the takings from the shop, Chesney is mugged by Kirk who sprints away, chased by Dev. 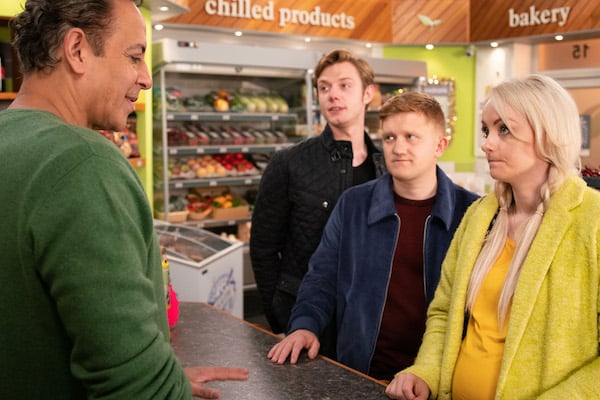 Sinead can’t believe it when Beth gives her the money, but when she spots the balaclava, she realises what’s happened.

She gives the money back to Dev claiming she found it in the bins, but CCTV footage soon proves she’s lying. How will Dev react? 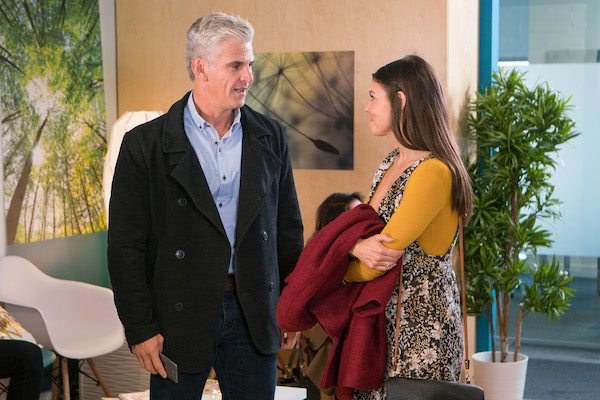 Robert tells Michelle he’s secured a last minute place on a training course, but secretly goes for a fertility consultation with Kate.

The lights blow at the Bistro and Ryan phones the college to get hold of Robert – but discovers he was never enrolled on the course. 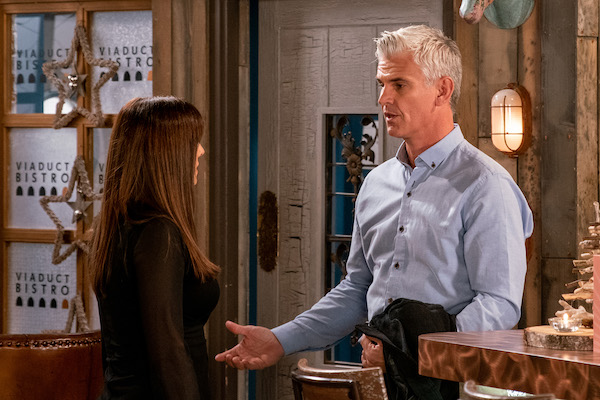 When Robert returns, Michelle demands to know where he’s been. He tells her he needed time alone to think, but it’s clear he hates lying to her. 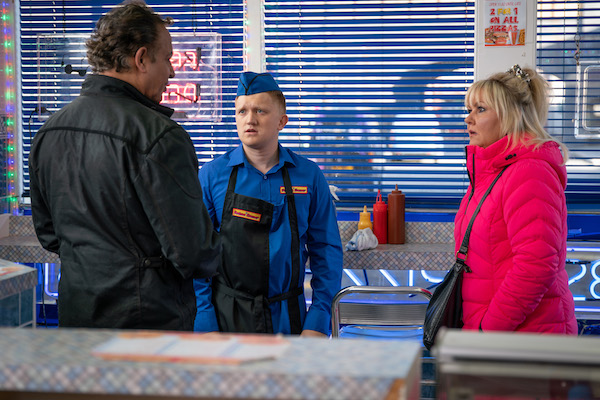 Dev threatens to get the police to interrogate Sinead, so Chesney confesses to protect Beth. What will Dev do now he knows what happened to his money? 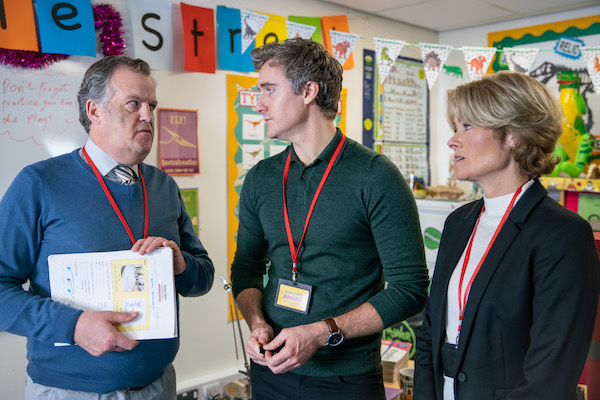 Brian is panicked when the headmistress and Phil observe his class without any warning. He admits to Cathy he might lose his job.